Dodger Dogs were quickly replaced with a stadium full of horn dogs last weekend when an intoxicated LA fan showed the crowd her baseballs.

In the midst of Saturday’s game with the Mets, an unidentified Dodgers fan with obvious Major League talent, took it upon herself to entertain the home fans via some front row dancing. She did so while wearing a jumpsuit that left little to the imagination.

As the dance routine unfolded, so too did her jumpsuit, allowing her mammaries to be etched into the memories of the Dodger faithful. 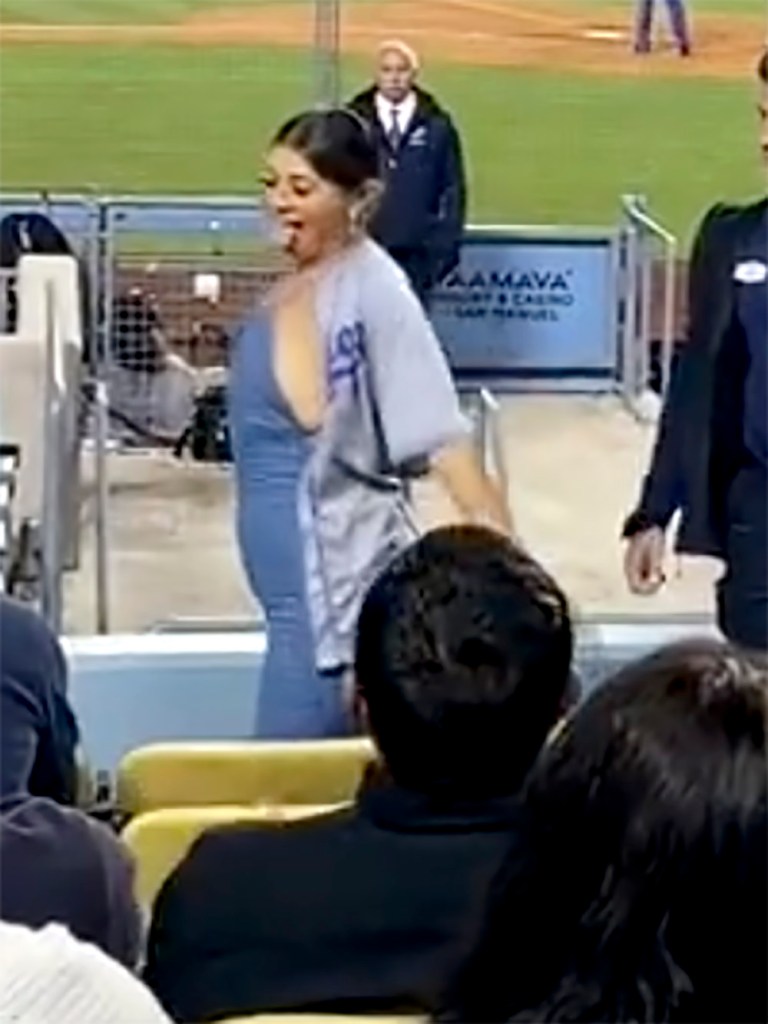 Before long, security stepped in and escorted the woman from the stadium (with a struggle), forcing Los Angeles fans to sit through more mundane June baseball.

TikToker @mirzalps (Mirza Lisbeth Pineda) documented the Dodger Stadium nip slip and stated the dancing queen “was obviously drunk,” and asked to leave multiple times. Pineda laughed off the show and insinuated that those Dodger fans in attendance who didn’t stack up as well, were the real issue.

“She was obviously drunk,” Pineda stated in her TikTok. “She was living her dream as a Dodger cheerleader but her dress wasn’t ‘Micheladas-approved’ so her girl(s) keeps popping out.The lady is pretty so Karens start complaining, the staff asked her to leave many times.”

She added: “She wasn’t [bothering] anybody and the guys were happy for the free show.”

Take me out to the ballgame, indeed.