Jim Boeheim eats his own boogers. That’s what the world learned Tuesday night during the Cuse’s 77-68 win over NC State. What’s the one rule we’ve learned from Dr. Fauci over the last 10 or so months: DON’T PICK YOUR NOSE AND EAT IT. HOLY HELL, YOU TRYING TO GET THE ‘VID, JIM?

Yes, I get that Jim has already had the COVID and might’ve already had the Moderna blasted into his shoulder, but this is still variant SZN and Jim’s clearly taking huge chances here, especially at 76 years old. It’s one thing to finger blast your nose. It’s another to ram the middle finger up in there and then get a bite.

I will give Jim credit here. His nose-picking led me to some research that says King Tut had his own personal nose picker like Jerry Jones has his own personal eyeglasses boy. Wired wrote in 2012 that Tut “hired this royal assistant for the low, low price of three head of cattle and, naturally, food and lodging. It’s best to keep an imperial snout excavator well fed and rested.” 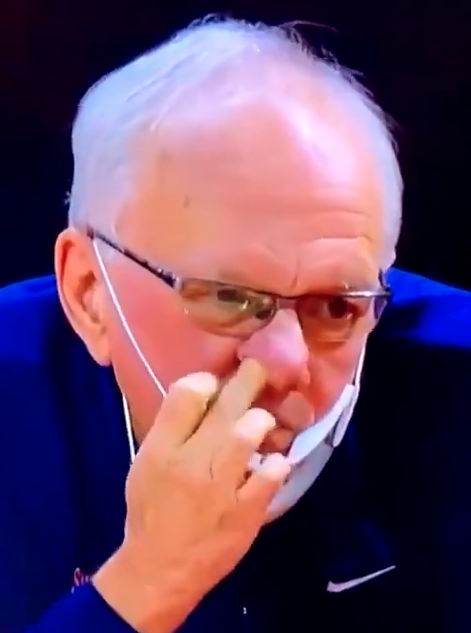 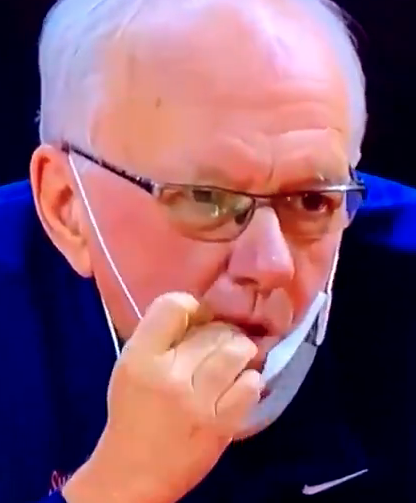 BOEHEIM DROPPING ONE IN THE BUCKET! 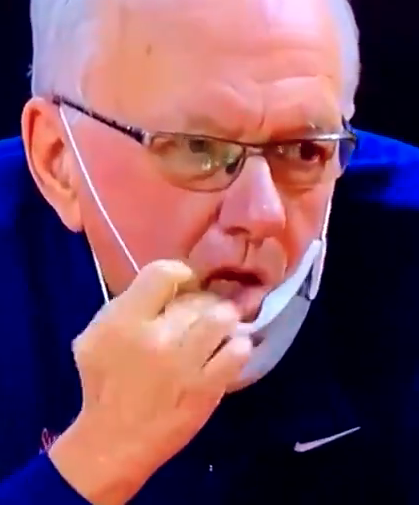 How does he not realize there is ALWAYS someone with a camera around….? pic.twitter.com/Te25Rm0hVE