Most college athletes are working to land their first ever endorsement deals today. With the new name, image and likeness laws going into effect on Thursday, we’ve already seen a slew of college football players posting social media ads on behalf of their sponsors.

Andre Anelson with ESPN shared the news of the launch on Twitter.

McKenzie Milton and D'Eriq King have not only signed on as co-founders of a new NIL platform named Dreamfield. Milton will be the first active collegiate athlete with an NFT, dropping next week. King will have his own later in the month. Story here: https://t.co/VF0rmHPkRh

“This is an opportunity for me to get my foot in the door to start being an entrepreneur, but this is also something that I’m passionate about, helping college athletes monetize off their name, image and likeness,” Milton said, via the ESPN article. “This should have been something going on for a while, but now it’s here, and it’s a cool opportunity.”

Good for them. At this point, I’m all for this NIL thing. Sure, I have absolutely no idea how they’re going to regulate it, and there will definitely be some problems with all of it in the near future, but go make your bags, young adults.

But we also need to have a sit down with Matt Corral. Unless there’s another Matthew Corral out there I don’t know about, we need to temper expectations on that asking price. McKenzie Milton and D’Eriq King, the two founders of the entire company, are asking $2000 for an appearance. 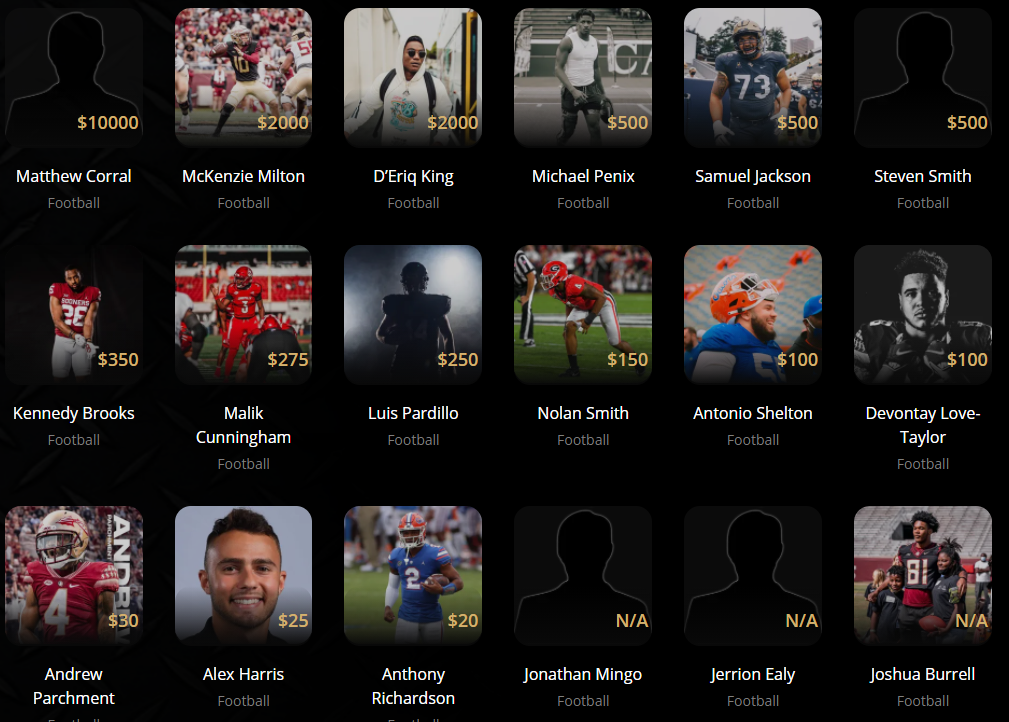