Vanderbilt football announced today that head coach Derek Mason has been fired and that offensive coordinator Todd Fitch will be the interim head coach.

“On behalf of the entire Vanderbilt community, I want to extend my deepest gratitude to Coach Mason for his many years of dedication and service leading our football program,” Vanderbilt AD Candice Storey Lee said in a statement. “Derek cares deeply about the student-athletes under his charge. His tenure at Vanderbilt will be remembered for his steadfast commitment to our student-athletes, not only on the field, but in the classroom and as young people.”

Mason became head coach of Vanderbilt in 2014 and under his leadership the Commodores went 27-55.

The team is 0-8 this season and Saturday’s 41-0 defeat at the hands of Missouri — not exactly a powerhouse like Alabama — was what sealed Mason’s fate. 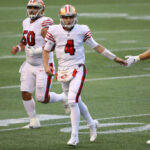 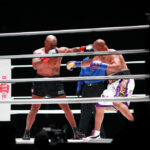