Early fast national ratings for Tuesday’s presidential debate are down substantially from 2016.

So there is no confusion: this is not the final number. The average increase with time zone adjustments, cable news viewership, and out of home viewing (which wasn’t a factor in 2016).

That said, the massive drop is a strong indication Trump-Biden will fall well short of Trump-Clinton’s record-breaking 84 million.

I’m not surprised to see the decline. Monday, in the Outkick Media Mailbag,I predicted a noticeable drop from 2016:

“Trump-Biden doesn’t have the mystique of Trump-Clinton. Joe Biden is a boring candidate. His “lids” are more newsworthy than his policies. Hillary Clinton was a controversial figure who viewers tuned in to root against. On the Democratic side, the interest is not close to akin. Though, there is intrigue to see if Biden can hold up on stage across from Trump.

“President Trump is still the country’s most polarizing, interesting personality. However, in the 2016 debate, viewers needed to see Trump with their own eyes. For millions, the first presidential debate confirmed a wild-card, a non-politician, a celebrity could run the country.

“Four years ago, routine Republican voters were contemplating if they could get behind Trump. Today, whether it is yes or no, that decision is made.”

Check back to Outkick later to give me credit or mock me for the next four years. 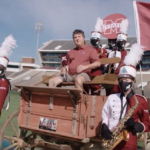 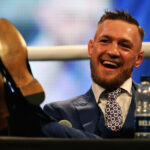