No question when you win, the QB gets the credit. When you start the fourth quarter down 23-6, then throw 3 TD passes to win, let the overreaction begin. But is this reaction warranted given the Lions cornerback hamstring injuries?

No question Mitch Trubisky deserves credit for leading the Bears to the come from behind victory but could he have done it against a healthy Lions defense? Why did the Lions allow three fourth-quarter passing touchdowns when only two field goals were conceded in the first three quarters? There is an alternate answer besides the Chicago quarterback catching fire to begin the 4th quarter.

and posted to watch out that Trubisky and the Bears could take advantage and they did.

Despite only 153 through three quarters and no TDs, he led three drives to touchdown passes, all in the fourth. Trubisky and the Bears are to be congratulated but most NFL starting QBs should be able to take advantage of depleted secondaries. Perhaps we shouldn’t completely hail this as the coming of Trubisky after fending off the acquisition of Nick Foles. Maybe this will provide the momentum for next week but Chicago plays a healthy Giants defense with a mostly healthy secondary. Let’s see what happens next week.

For more in-game analysis and actionable information like this, use a special offer for Outkick readers to access www.profootballdoc.com by clicking here. 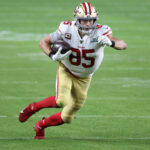 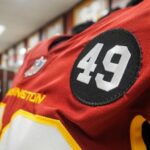