The viral sports story yesterday was that a team doctor accidentally punctured Tyrod Taylor’s lung  during a pregame rib block as we previously discussed on Outkick video on Monday. With injections being common in the NFL, this is not the first time an injection has gone awry. Jerome Bettis famously missed a postseason game with a needle mishap of his own.

In the playoffs for the 2001 season, the now Hall of Fame running back was slated to play coming off a groin injury and did well in pregame warmups. In the locker room before the game, he received a numbing injection from the Steelers team doctor to help with the residual pain and it ended up being given too close to a main nerve. Bettis’ leg went numb (and likely weak) and he missed the game. After the numbing medicine wore off, there was no harm done other than missing the game.

Taylor also will fully recover from the lung issue in short order but not in time for the Week 3 game which is why we posted on Tuesday that Justin Herbert was the guaranteed Chargers starting QB next week.

On Wednesday, head coach Anthony Lynn admitted our assessment was correct and that Taylor would not be fully ready this week.

Many speculated legal action against the current Chargers doctor and even the NFLPA has stepped in.  Some others publicly called for the firing of the Chargers team doctor.

The reality is the Steelers doctor who inadvertently numbed Bettis’ leg was not sued or fired and is still the team doctor today. It is not a foregone conclusion that Taylor’s doctor will be sued or fired. I don’t know the details of what went wrong but I do know that a punctured lung is a known complication of intercostal nerve block. The nerve to be numbed is underneath the rib and lies close to the lung lining.

Pregame injections like the ones given to Bettis and Taylor are common. On multiple occasions thru the years, I performed pregame intercostal nerve blocks on Philip Rivers so he could play thru with broken ribs (permission granted by player to discuss). I take pride that I might have played a small role in Rivers’ current league leading consecutive games streak of 224 games.

Overall, I estimated that I gave a total of about 85 rib blocks in my time as head team physician to many different players, always taking great care and fortunately avoiding any lung complication. (Average two players a year with rib injury needed injection and each averaged 2-3 injections pregame before feeling better means about five per year multiplied by 17 years equals 85). And this is just one type of the many pregame injections that can be given.

Even though the risk of complication is under 1%, one can see if enough are done, it is only a matter of time before one goes awry. Doctors should be held to a higher standard but they are also human. 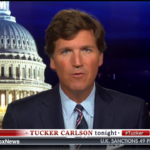 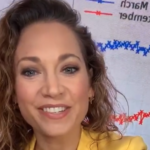