The Antwon Rose Jr. helmet decal controversy is a potential distraction for the Pittsburgh Steelers. And the injury to running back James Conner has been a concern.

But the Steelers have bigger problems as they prepare to play the Denver Broncos.

Earlier this week we foreshadowed that Conner’s ankle injury was minor and he would be fine. Indeed, he is full practice and does not have a game status meaning he is able to play.

The much bigger issue as we wrote immediately after the Monday night victory was the health of the right side of their offensive line and that remains the case as illustrated in the field view at www.profootballdoc.com including the hover feature. (Free trial offer for Outkick readers here)

Both members of the right side of the Steelers offensive line were injured on back to back plays and are now on injured reserve and their seasons are done with surgery.

We postulated in-game based on video that right tackle Zach Banner tore his right knee ACL and that has since been confirmed. Stefen Wisniewski flipped over from the left side to fill in a right guard suffered a pec tendon tear. Starting right guard David DeCastro already missed Week 1 with a knee injury and will miss for the second week in a row.

There are always injuries that teams must overcome but when there is a cluster at one area, that presents as a bigger problem. Given the lack of an offseason program and shortened training camp with only 14 padded practices, there is less time than normal to develop depth and get an O line to work together.

The focus of the Steelers needs to not be on a helmet decal or the running back position. Conner is back and Benny Snell, Jr. is a capable replacement anyways. The major concern is the right side of the offensive line. At least they won’t have to block Von Miller Sunday. 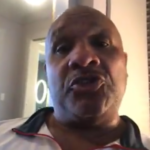 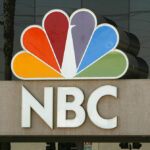