Why so many opt outs? It was largely unexpected, and I try to find some answers.

When Laurent Duvernay-Tardif (as a doctor himself) was the first to opt out, he had unique altruistic reasons and I opined this would not “be the start of a big NFL trend”.

I could parse the numbers and say there is not a big trend since the total of 27 is less than one player per team so far. I could call the Patriots league leading six opt outs an aberration from not having Tom Brady, or more about the team atmosphere not being “fun” … or go down a rabbit hole that it is a systematic “tank for Trevor (Lawrence)”, but I won’t.

I just have to admit that I was wrong by underestimating what was going through the mind of some players. As a medical professional, perhaps I am jaded in what I have seen and what I know. No “threading the needle” to make my previous position “accurate,” but I do want to discuss why I might have missed the mark.

I feel it important to first express my support to any player (and their family) who has made or will make the choice to opt out, whatever their reason or logic and I don’t think they are even obligated to share why they came to that conclusion.

This is a player’s right to decide and I will not question their decisions.

I incorrectly felt that there would be fewer NFL players opting out than those who have quit due to potential head injury risk and subsequent chronic traumatic encephalopathy (CTE). In my medical opinion (and by informal poll of other NFL physicians), there is more short and long term risk from concussion than from CoronaVirus. Given the relatively short NFL careers, the non-guaranteed nature of contracts and the previous acceptance of CTE risk, I thought that would be enough to keep the opt outs low.

Everyone’s risk tolerance and fear level is different. In this case, I think the fear of the unknown has played a big role.

Dont’a Hightower opted out citing his two week-old child as his reason to defer his $8 million playing salary to 2021. I don’t blame him and certainly newborns are more susceptible to a host a medical issues and this is a new virus. However in speaking with an ICU specialist at my local children’s hospital, he indicates the fatality rate for children under 20 is multiple times higher for flu not caused by the novel CoronaVirus than for COVID.

No one can blame Marcus Cannon for opting out after having beaten cancer (non-Hodgkins’ lymphoma) in 2011. Meanwhile, James Conner is in remission for a 2015 bout with Hodgkin’s lymphoma and is playing. I don’t know the details of either player’s health but unless there is current ongoing medical treatment or illness, their risk is not known to be higher (but there is still a lot we don’t know) but each person has to make their own decision.

Some have cited that 70% of NFL players are “at risk” or “high risk” due to obesity and being African American. Having a high body-mass index is indeed a risk factor but the medical profession is referring to “fat, out of shape” individuals who then have high co-morbidities, not young, heavy set, healthy football players.

Indeed the medical community is finding a disproportionate impact of COVID on African Americans. However, the reason is not genetic and science does not include black NFL players in the risk pool. The American Medical Association indicates three reasons why African American communities are being hit hard:

My opinion (and doctors I have spoken to universally agree) is the risk to NFL coaches are much greater than to the players.

From my time as a NFL team physician, my perspective is the risk of orthopedic injury is much higher in football than the current known COVID risk. Often a known fear/risk is easier to process and less scary than the unknown.

And that is what I underestimated. 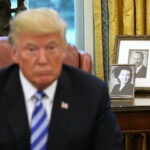 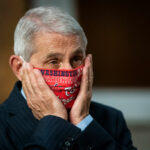