Dak Prescott and girlfriend Natalie Buffett pretty much announced their coming out party Thursday via Instagram where Natalie wished the Cowboys quarterback a happy birthday and officially enters the season as an NFL quarterback girlfriend. It’s a huge position and it’s even bigger when you’re dating a Cowboys quarterback who’s playing for one of the biggest contracts in NFL history.

If the name rings a bell, it might be from back in April when it came up after Dak defied a shelter in place order during the early days of coronavirus to attend an event with his friend, Natalie. The cat is officially out of the bag now and there are jersey chasers around the world who are now in full jealousy mode.

Natalie, who has had a run on the Internet over the years as an Instagram model, studied civil engineering at SMU, according to her Facebook. 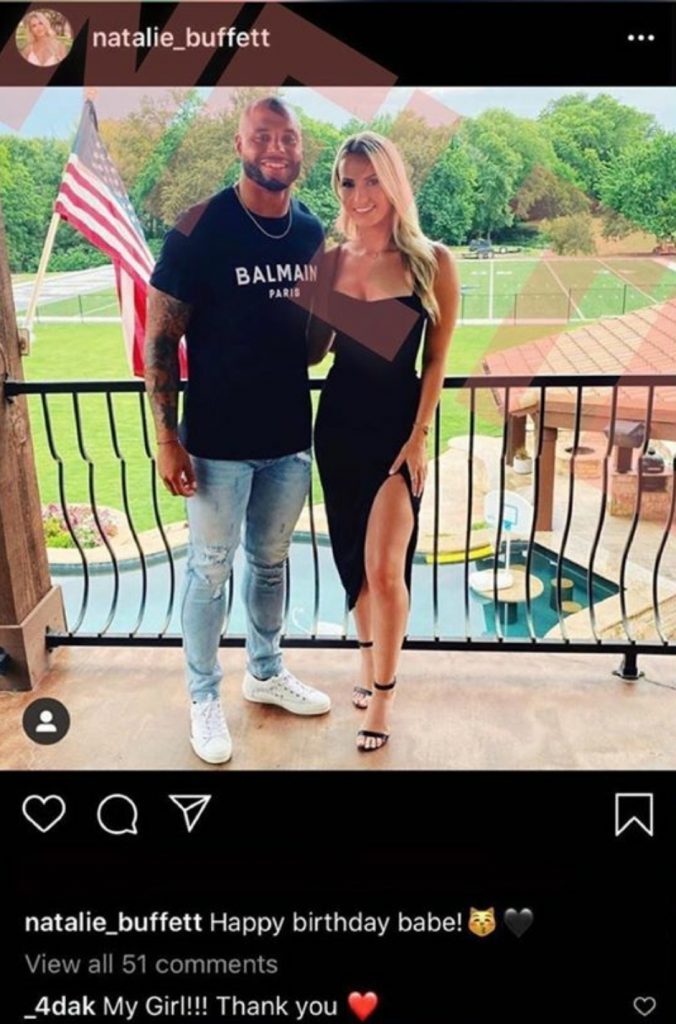 Source close to Dak Prescott said this was a birthday dinner for his sister, Natalie, to try to minimize backlash.

When confronted w/ information that Prescott has a friend named Natalie w/ a birthday that weekend, source retracted, apologized & said event was for the friend. https://t.co/UBUD2oT7nr

Ig/natalie_buffett to bad for heaven 😇 REMINDER: $1,000 to the girl we post who has the most LIKES by 11/4 at 6PM/EST. Use #barstoolhalloween and TAG us to enter #barstoolsmokeshows 👻 pic.twitter.com/EyJ12fCxGn