Buffalo Bills fans who want to watch Saturday’s AFC playoff game in restaurants or bars will have to catch the second half at home. New York is making no exceptions to its 10 p.m. curfew, and the Bills’ game kicks off at 8:15 EST.

“The fact is the CDC has specifically pointed to indoor dining as a higher-risk activity, and this policy is a commonsense way to reduce the risk of exposure,” a health department spokesman told the Buffalo News. “As much as we feel for restaurants in Buffalo and as much as we want to let fans watch the game at bars, we won’t sacrifice public health.”

Buffalo-area restaurants and officials had put in a request with New York Gov. Andrew Cuomo to lift the curfew for the divisional playoff game — but clearly to no avail.

Along with restaurants, the curfew applies to concessions stands at Bills Stadium. Per Cuomo’s office, they will also have to shut down at 10 p.m.

“The rule requiring all restaurants in New York to stop on-premises dining between 10 p.m. and 5 a.m. went into effect on Nov. 11,” the Buffalo News noted. “The venues can remain open during that time for curbside pickup and delivery of food, but not alcohol.” 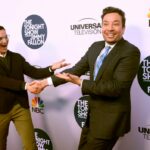 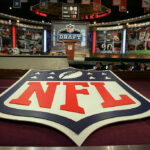