Craig Carton, the former NYC radio personality who served time for operating a Ponzi scheme, is now finalizing a deal to return to WFAN, according to reports from Neil Best of Newsday and Andrew Marchand of the New York Post. Considering that he is out of jail and rumors that the station is interested in a reunion have circulated for months, this announcement is more of a formality than a surprise. However, many still wonder if he’s been humbled enough yet by his precipitous fall. His old radio persona showed little empathy.

Carton created the Ponzi scheme to cover serious gambling debts. A recent HBO documentary and an extensive New Yorker story revealed many of the details: “The court ruled that he had tricked a hedge fund and an individual investor into believing that he had a formal arrangement with Brooklyn Sports & Entertainment, which operates Barclays Center and Nassau Coliseum, to buy tickets to concerts in bulk, resell them on the secondary market, and kick back some of the proceeds to B.S.E. He’d used the hedge fund’s money to settle gambling debts and other personal expenses, and to pay back an earlier investor—a Ponzi scheme.”

Carton was arrested in 2017 and served just over a year in prison. Though at one point he faced up to 45 years, I don’t have any problem with him getting a second chance. He still has to pay restitution, and Carton has demonstrated a talent for galvanizing audiences on terrestrial radio. Even without him, WFAN has remained a solid morning drive program. Boomer Esiason and Gregg Giannotti, Carton’s replacement, are strong ratings performers, but the rest of their lineup is on shaky ground.

Carton is WFAN’s best chance to rebound in the ratings war in an afternoon drive slot that competes against The Michael Kay Show on ESPN New York, which in recent books has beaten Mike Francesa and later Joe Benigno and Evan Roberts on WFAN. Thus, whether he deserves a second chance may not have that much to do with it.

I am most interested to see if the humiliation of his public downfall and his introspection while locked up will make him a nicer on-air personality. The mean and crass demeanor he used to flaunt became very tiresome.

Certain segments of the audience may miss that tough exterior and crave authenticity in a world they think has been pillaged by the PC Brigade.

However, it’s unlikely that a mainstream media company could get away with running this segment in 2020, and Carton should take note:

Carton is no doubt talented, and a lot of people have tuned into his program just to hear what he’d say next. Let’s see if the former federal inmate is talented enough to express some empathy with other flawed human beings and still entertain us. 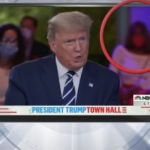 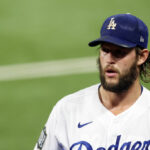