Coronabro Peter King, who famously tweeted “we do not have the will as a country to make the relatively tiny sacrifices (masks, no huge gatherings) to make this pandemic go away,” happens to be in the press box at Raymond James Stadium covering Super Bowl LV where 22,000 people will be on hand.

“I could see the NFL, if and when fans are allowed to come to games, advising anyone over 70 to not come,” the 63-year-old King said in May. “I could see alcohol being banned at games for the year. (Meaning, theoretically, fewer trips to crowded restrooms through crowded concourses by patrons.)”

It turns out, alcohol will be served and 70-year-olds are allowed to attend today’s game in Tampa.

TAMPA, Fla.-Hello from Raymond James Stadium. A lovely afternoon. Should be 65 and clear for kickoff. Enjoy the game, everyone. pic.twitter.com/WkWLvivBLY

As for King attending a Super Bowl held in Florida, let’s not forget what he had to say about Florida Governor Ron DeSantis and the job he has done handling the pandemic in his state.

“I would absolutely not say that Ron DeSantis did a good job. He was a day late and $40 short,” King told OutKick founder Clay Travis during an interview in April. “I believe what’s been most helpful is people staying home,” Peter added later during the discussion.

It’s good to have Peter back out amongst society and seemingly back to living his life. Maybe King got the vaccine and is feeling ballsy.

So @GovRonDeSantis just dunked all over @peter_king again by inviting all pro sports teams to come play in Florida. You’ll recall that King said DeSantis had done an awful job on @outkick. Enjoy: pic.twitter.com/ndiMdo4soT

Over the nose, Peter! You trying to die? 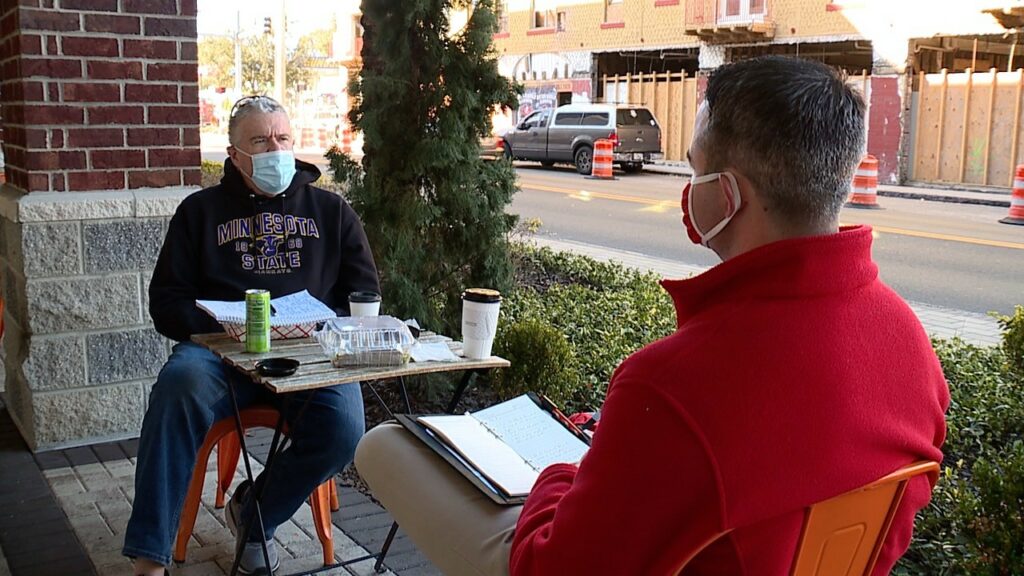