We’re a month away from the start of the college basketball season, but the plans for how it will happen are now in disarray. ESPN has pulled out of the 10 tournaments slated take place in a bubble in Orlando after they could not reach an agreement with the participating schools regarding COVID protocols.

CBS Sports writer Matt Norlander first hinted at the news in a Twitter thread, and Seth Davis of The Athletic now reports that the news is official. ESPN Events VP Clint Overby told Davis: “We’ve decided to redirect our efforts to be sure the teams have enough time to make other plans. At the end of the day, our bias was toward safety and making sure that what we pulled off was in the best interests of the sport. In the absence of those things, we decided we’re better off letting schools do their own thing.”

ESPN claims that they wanted to abide by CDC and NCAA protocols, but each conference has issued its own protocols, and some are less strict than others. Overby says that the “key sticking point” was the requirement to re-test people who had previously tested positive for coronavirus after 90 days. There were also disagreements about whether players who test positive should have to quarantine in Orlando for 14 days, but it appears that this hurdle was easier to manage than the tests.

The Athletic tells us what we–and the participating schools–can expect about the upcoming preseason tournaments:

“Overby said the network hopes to salvage two doubleheaders, the Champions Classic and the Jimmy V Classic, at other locations. Michigan State, Kansas and Gonzaga were scheduled to play in one of the two remaining events as well as a multi-team event in Orlando. Virginia, Florida State and Texas Tech are among the dozens of teams that will be affected by the cancellation of the Preseason NIT, Orlando Invitational, Diamond Head Classic, Wooden Legacy, Charleston Classic and Myrtle Beach Invitational. If the Champions and Jimmy V do not happen, that would affect Duke, Kansas, Kentucky, Baylor, Illinois and Tennessee.”

“The only events impacted by this decision are the ones that are owned by ESPN Events. Other MTEs that appear on the network, such as the event formerly known as the Battle 4 Atlantis and the Maui Invitational, will still be played at alternative sites, in Sioux Falls, S.D., and Asheville, N.C., respectively. In addition, the Gazelle Group and the Naismith Basketball Hall of Fame are trying to set up a similar bubble scenario at Mohegan Sun in Connecticut in December. Those plans are still moving forward, although organizers are encountering many of the same challenges that sunk the Orlando plan.”

College basketball, like the other sports operating during the pandemic, is going to have to be supremely flexible with the challenges thrown its way. Everyone should send vibes into the universe that everything is sorted out in time for March Madness 2021. 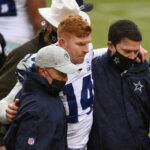 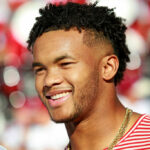