ESPN announced the ratings for the College Football national title game, and to me they are troublesome:

The @CFBPlayoff semis & championship are cable's best telecasts & the best non-NFL sporting events across all networks since the 2020 #NationalChampionship pic.twitter.com/IEqUpMj2bx

Looking at the chart of historical ratings for the national title game on Sports Media Watch, last season’s game between Clemson and LSU drew 25.6 million viewers. This means viewership was down about 27 percent year-over-year. This was the least watched national championship game on record; the previous low was 21.4 million for USC beating Oklahoma 55-19 in early 2005. The College Football Playoff and previously BCS national title game format dates back to early 1999. (Updated note: The games have only been on cable since 2014, so the games before that reached more homes.)

There are myriad factors that contributed to this number. College football is an oligopoly and this was Nick Saban’s sixth national title at Alabama. I know I’m sick of them. If you’re not an Alabama fan, how could you not be? The game was a blowout that was never seriously in question in the second half. News viewership continues to spike, and that affects casual viewers on the margins, which is where ratings rise and fall. It also came immediately following a weekend where there were an unprecedented six NFL playoff games. I’m sure there were some people who had had their fill of football.

People have floated an eight-team playoff, but I’m not sure how much that would accomplish in breaking up the hegemony of Alabama, Clemson, Ohio State, and on the next tier Oklahoma, Georgia, and maybe LSU. It’s hard to blame players for wanting to play for winners, but the best talent has been flocking to those programs. What would your solution be to juice up excitement in college football? 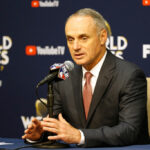 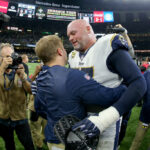