It’s well established that I think Colin Kaepernick is an idiot for protesting the national anthem, but even I was shocked when I saw his wardrobe choice after the San Francisco 49er game where he chose not to stand up for the national anthem.

To refresh your memories, here is what Kaepernick said after that game:

“I am not going to stand up to show pride in a flag for a country that oppresses black people and people of color. To me, this is bigger than football and it would be selfish on my part to look the other way. There are bodies in the street and people getting paid leave and getting away with murder.”

So instead Kaepernick decided to roll into his post game press conference after disrespecting America in a shirt endorsing Fidel Castro, a man who has committed more human rights violations in his life than any other living person in North or South America. A man responsible for the deaths of tens of thousands of people of all races.

I mean, how dumb is that? (And note I’m giving Kaepernick a total pass here on Malcolm X, who has said more racist things than any living politican by far. He makes Donald Trump sound like Martin Luther King.)

Was Kaepernick incapable of understanding that if he was going to criticize America it didn’t make the best sense to then endorse Castro, a man who doesn’t allow political dissidents first amendment rights? A man whose policies are so unfair to people of all races that tens of thousands of Cubans would rather risk death crossing stormy seas on rafts that are barely floating than continue to deal with the oppression in their own country? A man so unfair to his people that the United States still allows any Cuban who can set foot on American soil to immediately become a citizen.

On Saturday I attacked Kaepernick because his comments amounted to nothing of substance. After reading his attempt to explain himself yesterday — really, you don’t know what blanket indictment means? — I think it’s clear that Kaepernick is just not a very smart dude.

He’s like a ton of people on Twitter who support activism of all kinds — right and left — he’s just read a couple of one-sided articles and thinks he’s, to use the word of Jason Whitlock — Twoke. (Aka, twitter woke).

When the reality is something else entirely, he has no clue what he’s actually saying and isn’t even capable of logically supporting his own positions.

At this point I’d like to apologize to Alabama, Florida State, Ohio State and Kentucky sports fans. I called y’all the dumbest fan bases in sports. That may be true for sports, but compared to politics y’all are all geniuses. Because the racists on the far right and the racists on the far left are much dumber than you guys are.

It turns out politics isn’t a spectrum at all, it’s a circle. The racist Trump supporters and the racist black lives matter supporters are the same people, just different skin colors. 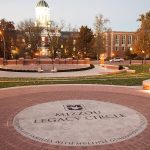 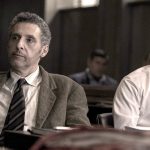