EA Sports announced today that Colin Kaepernick will be featured in Madden 21 for the first time since 2016. Kaepernick has an 81 overall rating. Not having played the game in well over a decade, I had no idea what that means, but as NFL pundit Dov Kleiman noted on Twitter, it’s better than half the league’s starting quarterbacks. Here are the people he’s ahead of, and their ratings:

Ben Roethlisberger is tied with Kaepernick at an 81 rating.

Look: I have no issue with Kaepernick being included in the game. I think he’s better even today than a lot of the league’s backups and maybe even a few of the starters. I’m a Packers fan and was very aggravated in 2017 when they wouldn’t explore signing him after Aaron Rodgers went down with a broken collarbone, stubbornly choosing instead to submarine their season with Brett Hundley. I’ll probably go to my grave with the unprovable opinion that he could have salvaged a playoff berth for them that season.

But it’s insane to say he would be an above average starter in the NFL, today, after missing the last three full seasons. This is pure pandering for attention on the part of EA Sports, and to a certain extent we’re giving them the attention that they want by running a post about the absurdity of it all. 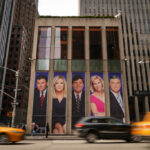 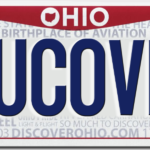