Colby Covington got it on with Tyron Woodley Saturday night at UFC on ESPN+ 36 after a war of words that included Woodley wearing a red Make Racists Catch The Fade Again hat at his pre-fight press conference and Covington calling Woodley a “domestic terrorist sympathizer.” The war of words was finally settled with Woodley yelling, “ahh, ahh…f**k you hurt my ribs.” And that was it, Covington got the fifth-round TKO.

Then Covington (16-2-0), draped in an American flag, turned in a post-fight interview into a piece of art.

“If you thought that was a beating, wait until November 3 when Donald Trump gets his hands on Sleepy Joe,” Colby said. “That’s gonna be a landslide. “I want to dedicate this fight to all the first responders. All the military out there. This world wouldn’t be safe without you guys.”

Woodley built up Saturday’s fight by turning it into a Black Lives Matter vs. MAGA contest. In his pre-fight press conference where he wore the Make Racists Catch The Fade Again hat, Woodley answered all ten questions from reporters with some sort of Black Lives Matter answer. Given the chance by a reporter to expand on the Black Lives Matter movement and what it stands for to him, Woodley responded, “Just the fact that black lives matter. I think it’s pretty simple.”

Colby “Chaos” Covington with the TKO over Woodleypic.twitter.com/STrbXG1zNE

Congratulations to my friend @ColbyCovMMA for destroying Woodley in the ring, and doing it on behalf of first responders, military, our police, and a Donald Trump presidency.

Great win, and way to call Lebron James out for being a spineless athlete. 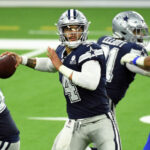 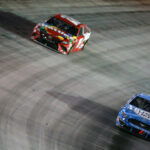