It sure looks like it’s good to be Coach O these days. Photos showing Ed Orgeron, the 59-year-old national champion head coach of LSU, enjoying the company of a new mystery lady have been circulating across the Internet underbelly this week. Coach O filed for divorce from his wife Kelly in February, weeks after celebrating LSU’s national championship victory over Clemson.

According to an April news report, Ed was awarded the divorced couples Baton Rouge house while his ex-wife Kelly received another of their residences.

Now that the court proceedings are over, it appears the perfectly tanned Cajun machine has found an unnamed blonde to spend quality time with away from the football field. Imagine the stress this guy has been under in 2020. From the national title to a divorce, to wondering how he’ll put his life back together, to COVID, to navigating the pool waters as a bachelor, Coach O has had a wild 2020.

Don’t forget the stress associated with trying to replace a quarterback who had one of the best individual performances in college football history. Most coaches would crumble under that load. Not O. Look at that smile on his face. That’s the sign of a man who, even though his team is 1-2, knows how to let go of the stresses.

Good luck to Coach O with the bachelor life. It doesn’t look like he needs any help in picking up the ladies.

Coach O won that championship got a divorce and turnt up pic.twitter.com/MERclfKWMf

Congrats to Coach O for working his game in a pool instead of crashing a motorcycle with a volleyball player on board, like some former SEC coaches. Looking at you Bobby Petrino. #ItJustMeansMore pic.twitter.com/nyKqRSQDly

Coach O hanging out with a fan, what a great guy pic.twitter.com/din66gdZ9A 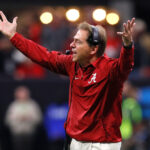 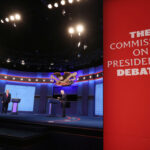