CNN is having a moment. Again.

Per CNN and Amanpour, those violent attacks mirror our last four years:

.@CAmanpour comparing Trump to Hitler and Kristallnacht, saying they “assault” the “same values” is obscene and outrageous. But Amanpour alone should not be condemned – it took writers, producers and executives at CNN to allow this inflammatory nonsense on the air. pic.twitter.com/uSbDo1V3Va

“A modern-day assault on those same values by Trump.”

Amanpour’s comments follow a trend set by left-wing media. When they run out of points to make, they compare Trump’s reign to Nazi Germany. Is it lazy? Yes. Is it effective among ill-informed Twitter users? Also yes.

It is as if this gross analogy was sent as a talking point from a Democratic precinct. Just a few days ago, MSNBC had political expert Robert De Niro on to discuss Trump. You guessed it. He compared him to Adolf Hitler.

Not a lot individual thinking going on these days. 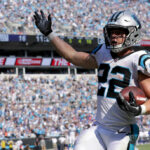 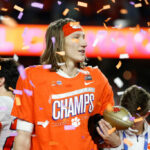