The NBA Finals are a historic disaster. Each Lakers-Heat game sets a new all-time low in viewership. But it turns out, good news is on the way — in China.

After a one-year suspension that began last October, China’s CCTV will again broadcast NBA games. Tonight, CCTV will air Game 5 of the Finals.

Though this is great news for LeBron James, the NBA should be ashamed it is profiting off CCTV, which holds exclusive TV rights for the NBA in China.

That’s who the NBA wants to be in business with?

Of course it is.

The NBA’s defense of China last year exposed the league’s fraudulent claims that it puts injustice and social causes ahead of basketball. NBA players speak out to build their brands, not to create change.

ESPN strangely reported, without shame, that its No. 1 broadcast partner is “improving” its relationship with China.

“This is a major step in improving relations between the NBA and China, which had been badly damaged by Morey’s tweet and NBA commissioner Adam Silver’s comments that supported Morey.

“Silver has made improving relations with China a priority for months. He said in February the league was facing more than $300 million in losses as numerous Chinese companies pulled their support of NBA teams. Those losses could extend into next season.”

The NBA even proudly announced a $1.5 billion rights deal with streaming partner Tencent — a partner with ESPN — to show games in Communist China over the next five years.

Meanwhile, the NBA has lost its US audience. The 2020 Finals led by LeBron and the Lakers are the least-watched Finals ever. Game 3 alone tanked 58% from last year. 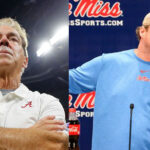 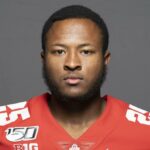