With the Washington Redskins and Cleveland Indians appearing to be pretty likely to change their names in the near term, the conversation will eventually shift to the Atlanta Braves, Kansas City Chiefs, and Chicago Blackhawks. These teams are different in the sense that their names are not as widely regarded as slurs for Native Americans, but there still will be the question about if it’s appropriate to use these names and logos.

Earlier this week, the Blackhawks issued a statement announcing their intention to keep their name and logo:

“The Chicago Blackhawks’ name and logo symbolizes an important and historic person, Black Hawk of Illinois’ Sac & Fox Nation, whose leadership and life has inspired generations of Native Americans, veterans and the public. We celebrate Black Hawk’s legacy by offering ongoing reverent examples of Native American culture, traditions and contributions, providing a platform for genuine dialogue with local and national Native American groups. As the team’s popularity grew over the past decade, so did that platform and our work with these important organizations.

“We recognize there is a fine line between respect and disrespect, and we commend other teams for their willingness to engage in that conversation. Moving forward, we are committed to raising the bar even higher to expand awareness of Black Hawk and the important contributions of all Native American people. We will continue to serve as stewards of our name and identity, and will do so with a commitment to evolve. Our endeavors in this area have been sincere and multi-faceted, and the path forward will draw on that experience to grow as an organization and expand our efforts.”

Perhaps it’s because the NHL has less exposure than NFL and MLB, but I live in Chicago and have not heard nearly the call for name change with this franchise as others with Native American terminology. We’ll see if there is more pressure for them to adjust once the bigger dominoes in front of them fall, or if their explanation that they are honoring Black Hawk and Native Americans is generally accepted and things continue for the franchise as is. 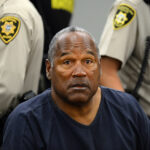 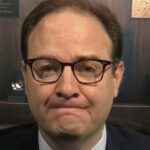