You hate to mock a guy for getting too drunk at the end of 2020 after nine months of misery, but in this case, you kind of have to.

On Christmas Eve, a drunk Thomas Dodd of Staffordshire, England legally changed his name to “Celine Dion,” whom he was watching on TV at the time of his Christmas drinking. Dodd even paid the $120 fee to do it.

Dodd tells the New York Post he didn’t remember changing his name until he came home from work and found an envelope with documentation waiting for him.

“I honestly, hand on heart, don’t remember doing it,” he said. “I remember watching the concert and remember getting rather tipsy.”

“I wasn’t aware I had done it until I found that envelope in my post,” the former Dodd goes on. “Initially, I had to sit down as I couldn’t believe it — so I then checked my bank, which confirmed it all.”

At this point, he doesn’t plan on ever going back to Thomas Dodd because he “bloody loves” Celine Dion. I mean, fair.

Let’s be honest, the new Celine Dion never had good stories to tell his buddies, but now he’s telling them online to the whole world. Never count out the underdog. 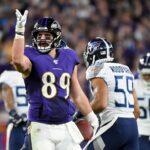 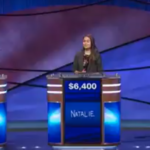