A few weeks ago, which is two years in internet terms, Owens quote-tweeted Styles wearing a dress on the cover of Vogue Magazine.

There is no society that can survive without strong men. The East knows this. In the west, the steady feminization of our men at the same time that Marxism is being taught to our children is not a coincidence.
It is an outright attack.

Supporting “manly men” or hoping for their return from the dead is apparently illegal online. The Twitter mob sentenced Owens to two weeks of visits from the losers of cancel culture. At its conclusion on Wednesday, Styles “trolled” Owens. At least I think this is supposed to be a troll.

The Far-Left thought Styles’ “clap back,” as they call it, was a win. Maybe it was for a second, but then this happened:

When people try to tell me I don’t have influence, and then @Harry_Styles dedicates an entire post to my tweet.

How can the Left come back from that? By claiming “Bring Back Manly Men” is an act of violence, of course. No, really:

The Left is literally trying to claim the expression “Bring Back Manly Men” is an act of violence.

For Owens, there is a challenge. No matter how good her current takedowns are, and they are good, she has a hill to climb if she wants to top her destruction, embarrassment, and exposure of social justice warrior LeBron James. Check out this first-round KO:

“[LeBron] who has spoken out about his ‘tough’ life as a black man in America lives in a one hundred million dollar mansion in Bel Air. I always say, if you’re suffering through racism, please give me some of that.”

Second-round knockouts are good too, though. 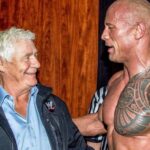 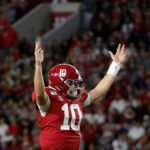