Cameron Jordan plays for the New Orleans Saints. That might make the defensive end a little biased, but his opinion is still noteworthy. He believes that his quarterback Drew Brees is better than Tom Brady.

The comment is timely considering we’ll get to see the Saints take on the Tampa Bay Buccaneers on Sunday for the second time this season. The first game ended with New Orleans getting a 34-23 home win. Neither quarterback played well, but unlike Brady, who threw two interceptions, Brees did avoid turnovers.

That might be one of the reasons Jordan brought the hot take to the Dan Patrick Show on Tuesday.

The topic of the upcoming game started when Patrick asked Jordan if he watched the Buccaneers face off against the New York Giants on Monday Night Football.

“I did not. I did not,” Jordan said with a laugh. “I’m not going to lie to you, I assumed that Tampa Bay was going to beat the Giants. I didn’t realize it was going to be a close game like that. But I’m going to break down that film because they got after him [Brady].”

Patrick then followed up by asking if there were any surprises when taking on Brady.

Patrick was floored by Jordan’s response and asked, “Do you really think that Drew is a better quarterback than Tom?”

“Do I know that Drew is a better quarterback than Tom?” Jordan corrected. “Last 10 yards of my life tells me so.”

It’s not even Wednesday, and the Buccaneers have already gotten bulletin board material for Brady and the rest of his loaded offense. The Saints might get star wide receiver Michael Thomas back for Sunday’s game, but Tampa Bay could counter with an up-and-running Antonio Brown.

This is setting up to be a fantastic game. After what we saw on Sunday night against the Dallas Cowboys and Philadelphia Eagles, we deserve this. 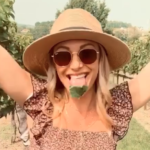 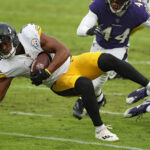