Per Yahoo, if he tests negative for COVID-19 for two consecutive days, he could return this Sunday against the Broncos.

Newton missing only one game would be great news for both the NFL and New England.

Doubts about Newton spread around the NFL this weekend when reports surfaced that he had tested positive. The Patriots matchup with the Chiefs was postponed.

However, the news has been encouraging ever since. The game took place Monday night, just one day later than originally scheduled. 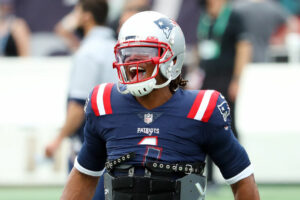 With Newton, New England is a dangerous team that runs the ball down the throats of the opposition and manages the clock brilliantly .