Lorraine Grohs, the woman who is now known as ‘Karen Lombardi’ because she’s insulted by Tom Brady throwing around the trophy her father made famous as the master silversmith of the original Lombardi trophy, has received a message from Bucs general manager Jason Licht:

‘Karen Lombardi’ says that Brady “disgraced” and “disrespected” the trophy when he tossed it from his $2 million yacht to the puny fishing boat Gronk and his fellow wide receivers and tight ends were cruising around on. Licht, still enjoying the emotional high of winning the Super Bowl, fired off a response Saturday that any logical human should have.

Keep in mind that the Lombardi trophy would cost $10,000 to replace if it sank to the bottom of the Hillsborough River and the Tampa dive team couldn’t retrieve the body. It’s not like Tom was throwing around some multi-million dollar possession that can’t be replaced. Lorraine’s acting like this is a one of one.

Wait until Lorraine hears about Gronk putting a dent into the Lombardi by using the trophy as a baseball bat. She is going to leave the worst review ever on the Buccaneers’ Yelp page. 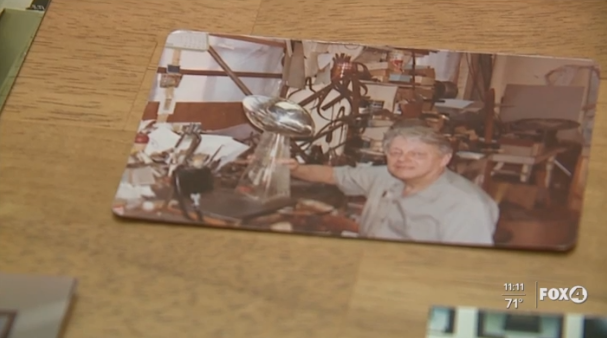