The Bryson DeChambeau Protein Powder Power Experiment® at the 2020 Masters has been interesting to say the least. Friday, it included a drive on No. 3 that was so high that it plugs in the rough and could not be found, even with eight guys looking for it. The result was provisional drive that turned into his third shot that ultimately led to a triple-bogey 7 as his 2020 Masters unraveled.

TV replay of DeChambeau’s rocket shot on No. 3 showed it landing in a second cut that was softened by heavy rains, causing it to swallow up the ball. After being told he had 30 seconds left out of a three-minute search clock, DeChambeau asked a rules official, “So you’re saying if we can’t find it, it’s a lost ball?”

The triple was followed by back-to-back bogeys before DeChambeau stopped the bleeding with a birdie on No. 6. He was +1 through 9 holes with the cut line projected to be around even par.

While DeChambeau struggles to make the weekend cut, there’s a four-way lead at the top at -9. Tiger Woods is 4-under through eight holes of his Friday round and will have to finish early Saturday morning. The weather at Augusta National should be beautiful for the weekend, with bright sun Saturday and 72 degrees. Sunday is supposed to be more of the same, with highs in the upper 70s. 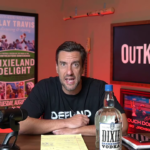 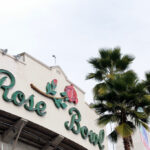