• Joe Burrow is going to be a fantasy machine if he keeps up this pace (see below).

• There were fans in the stands yet NFL Network refused to show them. Not sure what that’s all about unless there’s some sort of fear fans won’t be wearing masks during the shot and that’ll cause blue checkmarks to fire up Twitter and go on the warpath.

• My Bengals used to be so boring with Andy Dalton. He would’ve lost last night’s game 35-13 and I would’ve turned it off in the 3rd quarter to get some sleep. Now, with Burrow, it feels like the Bengals — with a terrible offensive line — are on the cusp of being in every ball game for the next 15 years.

• I’m old enough to barely remember Ernest Byner and Kevin Mack both rushing for over 1,000 yards in a season. Nick Chubb and Kareem Hunt could do the same if the Browns keep running and Hunt takes enough of Chubb’s carries.

• It’s weird to say this, but after last night, it feels like we’re about to get Bengals-Browns on Sunday Night Football for years to come. Did you hear Joe Buck lusting after Joe Burrow? The networks can’t get enough of Burrow & the advertisers will want some of that action.

According to @EliasSports Burrow's 37 completions are the most in a game by a rookie in NFL history.

His 61 pass attempts are the 2nd most all-time by a rookie quarterback. pic.twitter.com/HAio5K5UM1

Wrong hole…not what I was trying to do haha 🤷🏼‍♀️😂🏈

Yes, I am wearing sweatpants in 95° weather

And we have a winner for best jersey… #Browns pic.twitter.com/8ec0Q9VSXN

Mask patrol been kicking people out left and right tho pic.twitter.com/MXKS0ZcxuG

Who saw the official with a mask over his eyes? 😂

Someone really paid attention to the details when installing the fan cutouts @ComericaPark. #GoBlue pic.twitter.com/ijdJU8ey1e

This high camera angle NBC/Golf Channel has for No. 6 is phenomenal. Great angle to follow the tee shots and gives the audience some perspective green's orientation pic.twitter.com/kNUREKdnGG

Having to wear a mask at Bottoms Up…… pic.twitter.com/6EyEYoFFof

You may be having a good day but are you having a “Drove my awesome van straight to the beach from the Catfish Hunter Lookalike Contest, which I won, where I’m now playing some goddamn chess with a model in a bikini” good day? pic.twitter.com/dmxpYl38Jk

Could we get a chart like this but for coronavirus?⠀ @oldrowjaguars 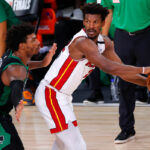 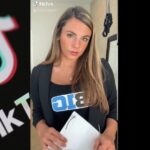