The NFL mask police hit Broncos head coach Vic Fangio after Week 2 with a $100,000 fine for not wearing a mask. Not wanting to get another letter from Roger’s mask patrol, Vic went the Andy Reid face shield route Week 3 at home against Tampa Bay.

Vic addressed his mask fine and said it wasn’t that he was trying to stick it to Roger and his mask henchmen, he was just having trouble with his neck gaiter and his glasses fogging.

“What happens during the game is, I am calling the defenses to communicate that, so it can be sent in to the players. When the officials come over and talk to me, I pull it down and so do they. When I have my mask up after eight to 10 seconds, it starts to fog up my glasses,” Fangio said.

The mask police also got Jon Gruden in Week 2, but he figured out a way in Week 3 to turn his gaiter into a thong to keep his nose and mouth covered. It’ll be interesting to see if other coaches go the thong route. Vic’s gone in a different direction. 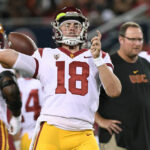 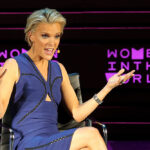