Patrick Mahomes’ perpetually whining wife Brittany is at it again.

The wife of a guy sitting on a half-billion dollar contract and who’ll serve as the face of the NFL for the next 20 years seems to believe there’s a vast conspiracy amongst referees against the Chiefs and her husband. It’s one of the dumbest conspiracy theories in NFL history, but that’s what Brit Brit believes, so let’s take a look at the last three matchups between these two teams.

It just turns out that all three have taken place in 2022, which gives us a great look into whether there’s something at play here. Is it possible the refs have targeted the Chiefs with yellow flags and went easy on those loveable Bengals?

Let’s take a look at the total penalty numbers from the three games:

I mean, it sure looks like she has a point. CONSPIRACY! Look at how the NFL refs treated the Chiefs Sunday when they lost yet again to Joe Burrow. How disrespectful!

Now let’s check in with Mama Bear Randi Mahomes to see how she’s feeling. You guessed it, she’s whining as well. 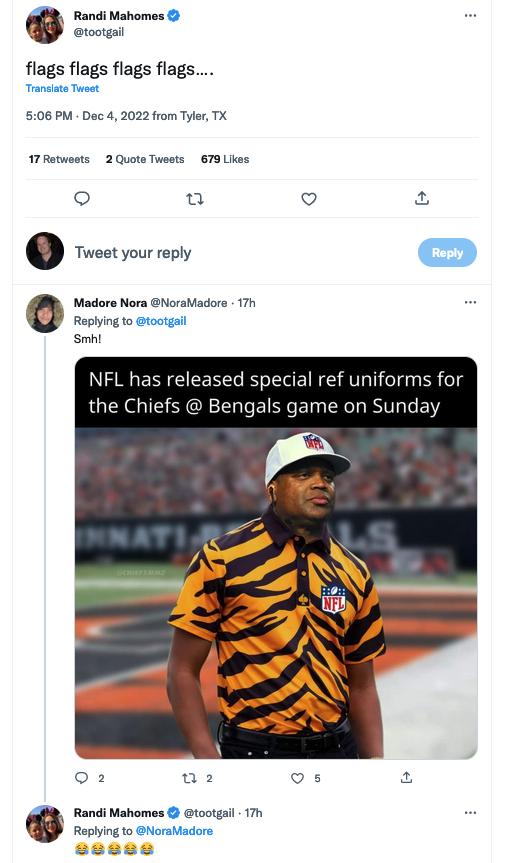 Well, well, well…it always seems like the refs are picking on the Chiefs. If Brit Brit and Randi say so, there clearly must be a conspiracy. Let’s take a look at the NFL penalty stats to see what’s going on here. These two, who are sitting on a half-billion fortune must be right.

OMG, it turns out Kansas City is currently the third-least penalized team in the NFL. 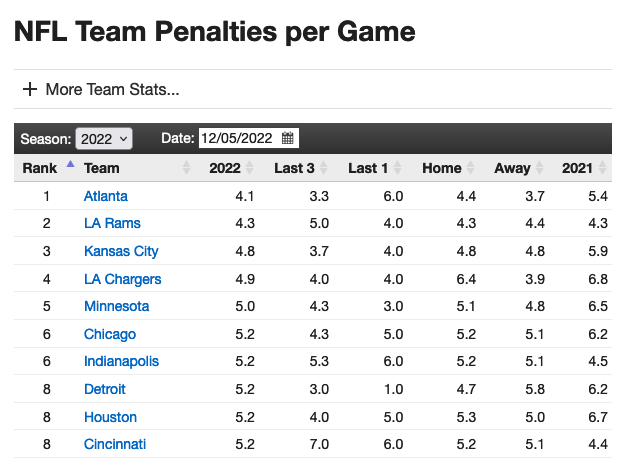 But….but….but….on the road the refs are clearly after Patrick, Trav and the Chiefs!

Ok, let’s take a look at the beneficiary count for the Chiefs, who have benefitted from 73 flags thrown on opposing teams. That’s top 10 in the league.

Brit Brit, Randi and Jackson Mahomes are clearly insane lunatics who need to be called out on this nonsense every single time they start with their ridiculous conspiracy theories against their meal ticket.

Don’t be afraid to remind them of the numbers. It’ll drive them crazier. 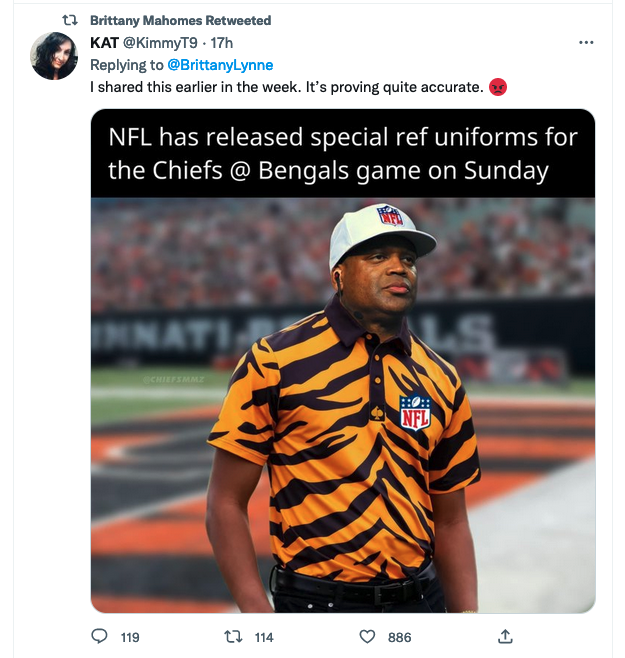