Brett Favre made a bold statement over the weekend by putting Colin Kaepernick and Pat Tillman in the same sentence as two names that will go down in the history of the game for having “hero status” for what they stood for. In case you forgot, or Favre forgot, Kaepernick opted out of his contract with the 49ers to test free agency; Pat Tillman opted out of a $1.2 million contract to go Special Forces and was sent to Iraq for the initial invasion and then redeployed to Afghanistan where he was killed by friendly fire during a firefight, according to a U.S. Department of Defense report.

“It’s not easy for a guy his age – black or white, Hispanic, whatever – to stop something that you’ve always dreamed of doing, and put it on hold, maybe forever, for something that you believe in,” Favre said of Kaepernick.

“I can only think of right off the top of my head, Pat Tillman is another guy that did something similar,” Favre said. “And, we regard him as a hero. So, I’d assume that hero status will be stamped with Kaepernick as well.”

According to a 2005 Associated Press report, Pat Tillman was offered, after serving in the Iraqi war, the opportunity to be discharged by the military to go back to his life in the NFL, but he declined. “He said ‘No, I’m going to stay. I owe them three years. I’ll do one more tour.”

On #MemorialDay we remember Pat Tillman, who gave up his NFL dream to live out another with the @USArmy ?? 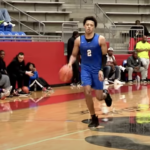 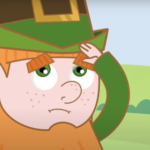