The College Football Playoff committee has shared its first rankings of this weird season. Here they are:

1) Whereas the latest AP Poll has Ohio State over Clemson, the committee has Clemson ranked third. This doesn’t ultimately matter because if both teams win their conference title game, they are in the playoffs. However, it does show that the committee hasn’t dinged Clemson as much for losing to Notre Dame without Trevor Lawrence.

3) Coastal Carolina at No. 20 with the committee and No. 16 in the AP Poll is another disparity.

4) Here are OutKick founder Clay Travis’s thoughts before the committee announced their rankings:

"The college football playoff rankings are coming out tonight! I expect that Alabama will be one, I would expect that Notre Dame will be two." –@ClayTravis pic.twitter.com/YxE60Pkbto 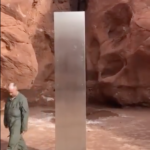 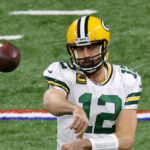