You are looking live from the Gasparilla Bowl…the Granddaddy of them all…oh wait, that’s the Duke’s Mayo Bowl, or is it the Cheez-It Bowl? The Rose Bowl? Really? Damn. With college football expanding to 44 Bowl Games and inviting any team with a pulse and a negative PCR test to play, finding enough names and sponsors was bound to be a challenge. But few could’ve predicted that Bowl season would resemble a Key & Peele Sketch.

But that’s where we are. Rather than send memes from The Office, we’re sending friends in a need of a laugh screenshoots of the Guaranteed Rate Bowl, Camellia Bowl, Famous Idaho Potato Bowl, LendingTree Bowl, Myrtle Beach Bowl (I see you Kenny Powers!), and so many others.

Around the holidays, a lot of fathers and sons sip whiskey neat while discussing the benefits of parallel parking and splurging on the expensive toilet paper. But because it’s generally frowned upon to slam firewater before 3:00 pm on a weekday, my dad and I settled on a couple of Big Gulps and our favorite pastime: complaining about the women in our lives (except for my mom of course. she’s an angel.) As we slurped on .89 Coke Zero we couldn’t help but notice South Carolina coach Shane Beamer take a celebratory mayo bath.

That was all the inspiration we needed to brainstorm a few names for any future Bowl games seeking a title.

Without further, here’s your first look at the 2022 Bowl slate, courtesy of New York’s Comedy Cellar…maybe. 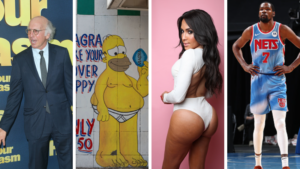 Now go order us a couple whiskeys while I parallel park the car.