There’s nothing quite like a proposal at sea. The pessimist in me says this video of an alleged marriage proposal gone wrong originally posted by Amanda Kuehl on TikTok is a setup and there’s no way the guy accidentally put his hand on the throttle. Has to be a TikTok views ploy, right?

The hopeful romantic in me says it’s just one of those moments where a guy proposing loses focus and hammered the throttle. It seems rather ballsy to risk being caught in a propeller and wrecking a pontoon for a viral video. I know there are some social influencers out there who’ll walk to the end of a cliff to get an Instagram shot, but this old boy doesn’t appear to be the kind of guy who’s looking to become TikTok famous. I could be wrong, but that’s just my hunch here.

Amanda Kuehl, who posted it on TikTok, says the woman is a friend of her mother and said the ring is safe after the guy went falling into the water. 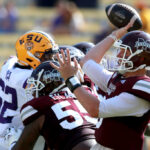 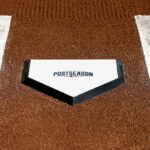