Fans will not be allowed inside Ralph Wilson Stadium in Buffalo for Sunday’s season opener against the Jets, but that’s not going to stop #BillsMafia from enjoying what they see as a legitimate year to start running the AFC East.

Stop and close your eyes for a minute and imagine a proud & hungry football city where shop owners are seeing an uptick in folding table sales. Blue Light sales are rising even higher than normal. Grill lighters (to be used for antics) are suddenly hard to find. Ketchup and mustard are flying off the shelves. #BillsMafia, due to a tailgating ban around the stadium, will have to find new places to have fun and bars are competing for that Mafia dollar.

At The Quarter – Buffalo’s New Orleans Kitchen, they’re running a “Josh Allen Special” that consists of a double order of 17 wings and 17 beers for $59.99.

34 wings & 17 beers for $60 sounds like a pretty good deal these days when most guys could easily drop that on beer before halftime. If that’s not a sweet enough deal, the Quarter will have $1 shots after Bills touchdowns.

Erie County Executive Mark Poloncarz gave fair warning Wednesday to private lot owners around Ralph Wilson Stadium who might be thinking of turning a blind eye to the Mafia. Poloncarz made it clear that allowing tailgating could result in fines and possibly shut down by the county if lot owners fail to comply with a no tailgating order.

“If NYS allows fans to attend Bills games, tailgating will be allowed, but with restrictions to protect the public,” Poloncarz said on Twitter in mid-August. “Currently NYS does not allow attendance at any pro sports event. Thus tailgating in public and private lots will depend on whether fans can attend the games.”

Enter the race by the Buffalo bar scene to pick up the slack.

Santora’s Pizza is selling tickets for a variety of seating options with a few remaining for Sunday’s game. Tappo Pizza/Thin Man Brewery is running a $400, 10-person max gameday experience that includes (5) pizzas, (40) wings, and (10) pitchers of beer to slam during the game.

Now it comes down to #BillsMafia figuring out what sounds like the best alternative to getting ripped outside the stadium. No matter what, the Mafia will have something up their sleeve and provide us with that content we’ve all come to love. Football season in Buffalo doesn’t start Sunday until someone goes through a flaming table #staysafe. 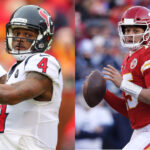 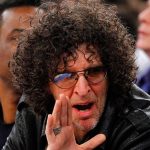