On Sunday, a White House official told Politico that Donald Trump planned to award Bill Belichick the Presidential Medal of Freedom this week. On Monday, Belichick announced that he does not plan to accept the award:

Patriots’ HC Bill Belichick will not be traveling to Washington nor accepting the Presidential Medal of Freedom, he announced today. pic.twitter.com/uvLLigFlHU

As I wrote yesterday, Belichick wrote a letter congratulating Donald Trump on defeating Hillary Clinton, which Trump read aloud at a rally. While I suppose nothing involving the final days of Trump’s administration can be considered to be truly astonishing at this point, I am nevertheless surprised that the news of the medal was made public without a million percent knowing that Belichick would accept the award. Or maybe it was agreed to, but then Belichick got cold feet after the reaction? Belichick did say that he had planned to accept, but it seems hard to believe no confirmation was required after the events at the Capitol. Whatever the case, the snub now becomes the story. 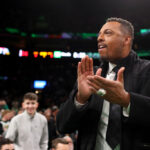 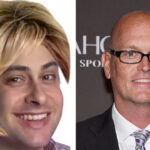