The Big Ten is poised to stage a new vote of the president and chancellor decision to cancel fall sports as early as this weekend. That new vote would come with newly revised medical standards in place which would allow the conference to begin play as soon as October 17th.

This new vote will come in the wake of a return to competition task force meeting scheduled for three eastern this afternoon, which will provide a new framework and protocol to safely play sports this fall in the Big Ten. The committee, created by Big Ten commissioner Kevin Warren, has been integral in reaching this point.

It’s believed there are enough votes to restart play, reversing the Big Ten presidents and chancellor 11-3 vote to cancel the season. The hope is the vote to play fall sports will be unanimous, even if that unanimity includes an understanding that all schools may not be able to play full Big Ten schedules due to complications on their individual campuses.

This would represent a remarkable turn for the conference in the space of five weeks and reflects five key factors:

1. the evolution and expansion of medical safety protocols that have made playing safer now than it was believed would be the case back in August when fall sports were canceled
2. a continued decline in viral cases compared to August
3. Big Ten commissioner Kevin Warren’s aggressive behind the scenes work to make a season possible, including the formation of the return to play task force
4. persistent advocacy from players, parents, fans and alumni both in public and behind the scenes
5. cooperation and assistance from the White House to provide support as needed.

All of these things have come together in short order to allow the Big Ten to be on the precipice of a return to play.

Again, the votes still have to be taken this weekend, but there is reason for substantial optimism that the Big Ten will play this fall.

An official vote could come as soon as Sunday. 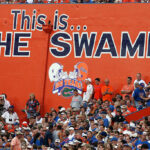 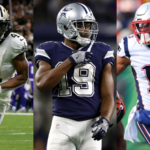