Big Ten parents have written an open letter to commissioner Kevin Warren demanding transparency after the cancellation of Fall sports. The letter demands “all documents, video recordings, communications, minutes of meetings” about the season getting canceled, seeks a parent organization forum after “disingenuous” claims that there was communication (which the group says was “surface” at best), and a legitimate plan to learn to play.

Randy Wade, the father of possible top 10 NFL Draft pick and star Ohio State cornerback Shaun Wade who led the protests at Big Ten offices outside Chicago last week, is planning a campus protest this weekend. These parents are completely justified in their quest for more transparency, and they should also be targeting university presidents and chancellors who combine to make over $1 million per public school in the Big Ten. 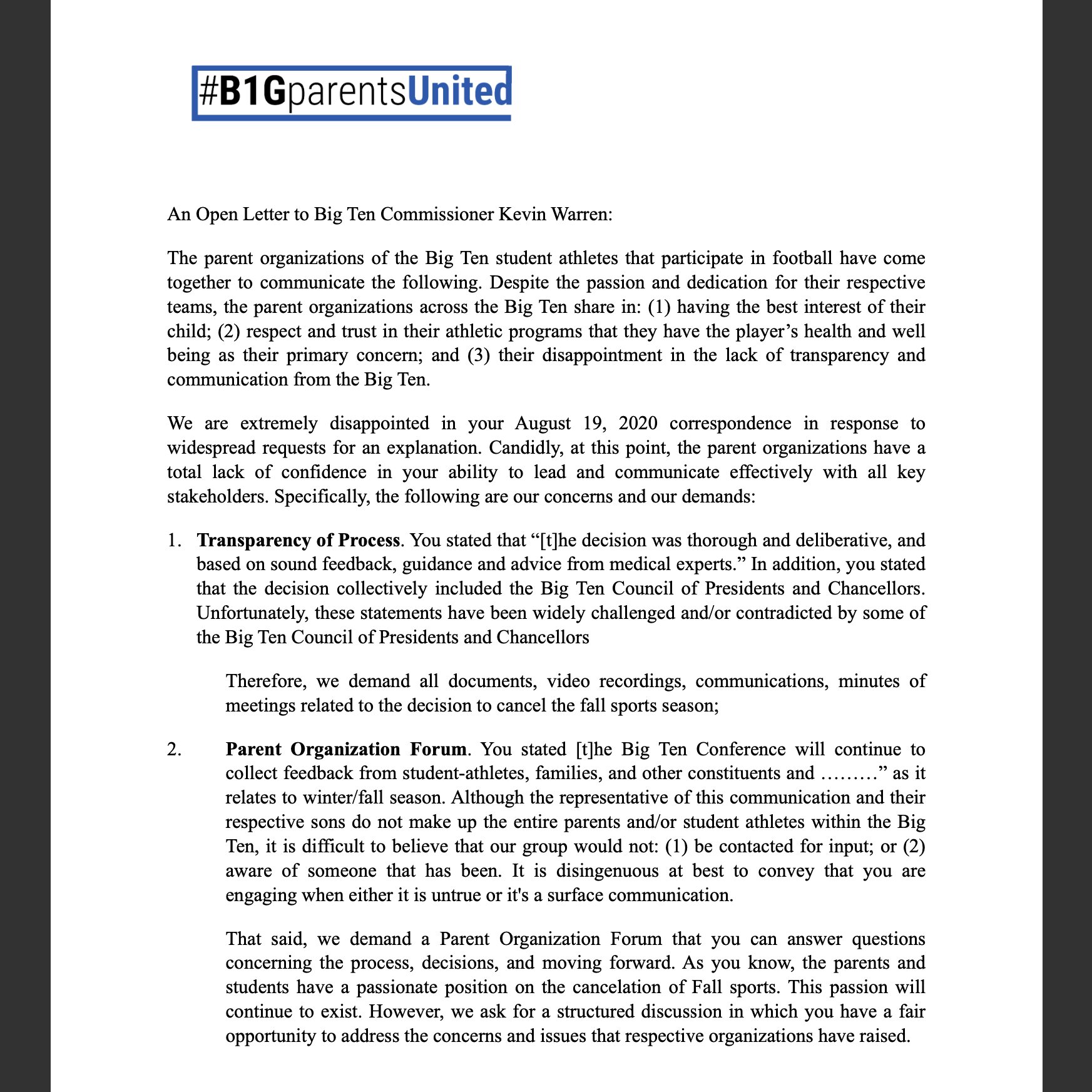 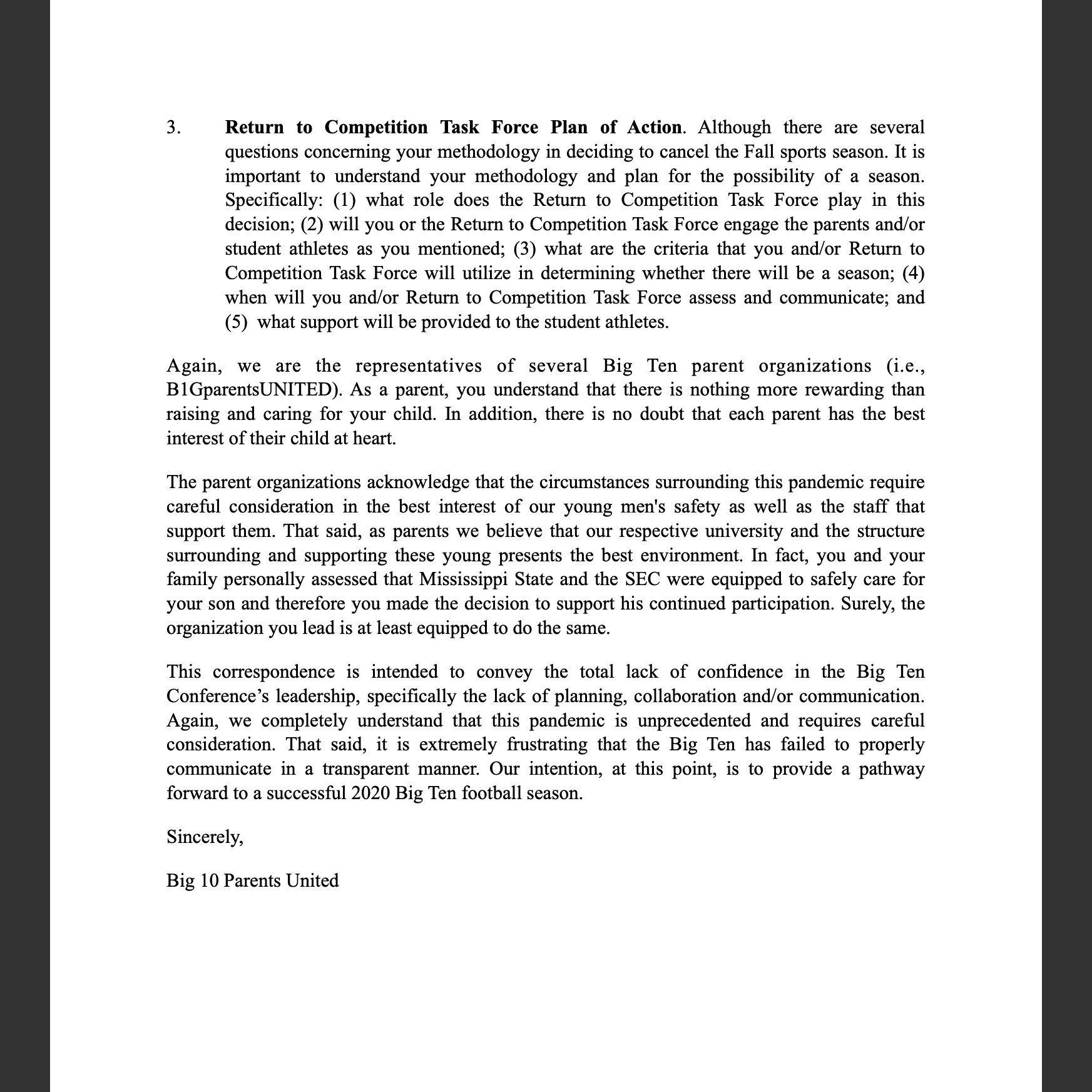