The Big 12 is set to debut its 2020 fall football social justice campaign and commissioner Bob Bowlsby says that campaign will consist of players possibly on the field for the national anthem, public service announcements to run on stadium scoreboards and a social justice message on jerseys.

According to ESPN, Big 12 players “will be wearing a social justice message on the front left of their uniforms, as well as a black Big 12-branded unity sticker on the back of their helmets.”

Bowlsby adds that schools will take part in a unity message during pregame activities and advertising and programming will also be used by the conference to promote social justice.

“I think that systemic racism is not going to go away anytime soon,” Bowlsby told ESPN. “But hopefully we can make some progress, and that’s certainly our intent.”

The social justice message worn on the jerseys will be up to the school to decide. It’s unclear if the conference gave the schools a list of accepted terms.

The conference will also start “a Black student-athlete council w/ one male and one female athlete from each campus,” Oklahoman reporter Ryan Aber said on Twitter. The Big 12 season kicks off Saturday with eight games. 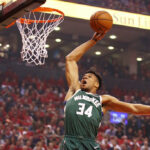 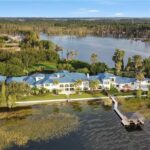