The Minnesota Twins lost today 3-1 and officially were swept by the Houston Astros. Social media ripped the team for losing their 18th straight postseason game, but some recent findings made it worse. Sean Pendergast for SportsRadio did the math and determined betting against the Twins since 2004 would have made us rich.

I’ve crunched the numbers … if you started with $100 and faded the Twins EVERY playoff game, rolling your money over, starting back in 2004 when this streak began, you’d have won $2,613,509

(not a joke, I actually went back and found all the moneylines on those games) https://t.co/lq7j9JzVZX

Hard to believe any sports franchise, regardless of matchups, could possibly play 18-straight postseason games and not squeak in a win anywhere. Only explanation is their playoff slide is in their head and they’re simply pressing. Playing the Yankees never helps, but asking them to steal a game isn’t much to ask.

Twins fans have grown increasingly frustrated for a lack of respect and this is exactly why we can never buy-in. This organization has a knack for crapping the bed when it matters most and thanks to Pendergast’s research, we can finally quantify it.

The Twins are evidently cursed by having a former 2017 Astro on the team pic.twitter.com/HFZ9iK8SU5

We’re sorry to anyone that actively roots for this team because they stink like White Diamond. The playoffs is hard, but it’s not impossible the way Minnesota makes it seem. RIP, Minnesota. 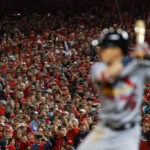 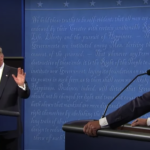