Bears safety Eddie Jackson had been sticking to (playing) sports until this week when he started coming to terms with a possible Joe Biden presidency and the Biden tax plan. “Biden tripping with upping these taxes,” Jackson tweeted Wednesday. A check of Jackson’s Twitter history reveals this is the first time Jackson mentioned Biden since opening his Twitter account.

In January, the 28-year-old Jackson, a fourth-year vet originally from Florida, agreed to a four-year extension with the Bears worth $58.4 million, including $33 million in guarantees. With an average salary of $14.6 million per year, he is now the highest paid safety in NFL history. Eddie’s clearly wanting to keep his hands on as much of that chicken (thanks, Marshawn) as possible, and Biden’s tax plan for those making $400,000-plus is starting to hit home.

Eddie didn’t clarify what he meant back in September when he tweeted, “spending that money with nothing to show for it…smh,” but it sure sounds like the Bears dominant safety is starting to think about his financial future.

The Biden tax plan has been under scrutiny by those who are finally getting a deeper look at how it may affect their money. 50 Cent came out this week and said he didn’t want to become “20 cent” because of Biden’s tax increases.

Eddie Jackson has yet to endorse either candidate, but those taxes Biden promises to raise aren’t looking too good right now.

Biden tripping with upping these taxes 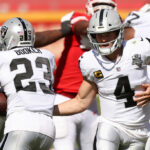 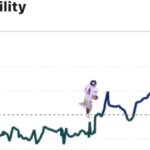