Let me get this one started by saying I cannot confirm that’s Saquon Barkley on Baker Mayfield’s boat over the weekend on Lake Travis outside Austin, Texas. I know you guys are going to ask. Yes, these guys are friends and have vacationed together. What I can confirm is that Browns fans should be excited by what they’re seeing out of Baker ever since the Cheesecake Factory drama. The guy has been laying low, apparently bought a boat because he and the wife have been doing the boat life thing and he’s staying out of the media.

That’s a solid offseason for Browns fans. Now 25, Baker might be hitting that post-college maturity heater where quarterbacks go from a 6-10 dumpster fire season under a lame-duck head coach to a wild card team under a new coach, Kevin Stefanski, who comes off as way too competent to be a Browns head coach. Stefanski gets hired, Covid strikes and then there are racial issues to navigate. And yet Stefanski hasn’t been dragged on the morning talk shows. That right there signals playoffs.

Guys, the Browns sit at 8.5 wins right now on Fox Bet. That was a SIX win team with Freddie Kitchens. Let that sink in. I get it, Big Ben is back, skinny and freshly shaven. I get that Lamar Jackson didn’t go anywhere in Baltimore. There are no excuses for this Browns team not to mature into a 9-10 win team and get into the playoffs.

Far left is Kennedy Kurtz, a yoga instructor out of Austin, Texas. 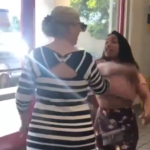 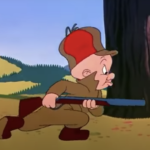