Tom Brady had a senior moment, or maybe he made a rookie mistake. And afterward? He acted like a big baby.

Whatever age he was Thursday night in Chicago, it was a bad look for Brady, the greatest quarterback of all time, who is now a social media joke. Brady lost track of downs, then ran off the field with his pants down rather than congratulate his opponent, Chicago Bears quarterback Nick Foles, at midfield. Chicago beat Tampa Bay 20-19.

“I knew we needed a chunk, and I was thinking about more yardage,’’ Brady said. He had blown a chance for another one of his signature last-minute game-winning drives. His teammates went to the sidelines while Brady stood there, confused, holding four fingers in the air because he thought it was still fourth down. “It was bad execution.’’

Let me tell you what it actually was: It was football Chicago style, where half the fun of winning is seeing the other guy bleeding. Or in this case, frustrated and confused. It was the force of Bears linebacker Khalil Mack hitting and tormenting Brady over and over.

Oh no, he doesn’t understand at all. To a Chicagoan, this entire game was a masterpiece that should be hanging in the Art Institute on Michigan Ave. Watching Mack attack all night like that, sacking Brady and then body-slamming the rookie offensive linemen who Mack had just put a clown suit on?

That brought a tear to a city’s eye. I needed a minute myself.

Look, Brady is 43 years old and is going to spend the rest of his life beloved, super rich and married to Gisele. He’ll survive this moment. Sure, his coach called him out early in the season. And now this. We aren’t seeing cracks in Brady yet. He just is getting used to his new surroundings and his over-matched offensive line.

It was just four days earlier that he led Tampa back from 17 points down to beat the Los Angeles Chargers. It was one of the biggest comebacks of Brady’s career.

For a few days, Brady will be the butt of jokes. It was a bad day for him, especially considering the way people watch sports today on their phones. Think of how many people weren’t watching the game but kept getting updates on social media of Brady on the sidelines throwing a temper tantrum and screaming at his linemen; then of Mack sacking him and spiking Tampa right tackle Tristan Wirfs in celebration; then of Brady holding up four fingers, “Hey, where is everybody going?’’

“I didn’t get a chance to say anything to him,’’ Foles said, confirming that Brady hadn’t met him afterward. “I’m sure sometime we’ll catch up. But we’re trying to keep our distance.’’

If you’re from Chicago, this is what you’re taught about football. With the game on the line, you want the defense on the field. The NFL is throwing the ball all over the place and scoring record amounts of points this year. In Chicago, they call that basketball.

It’s a civic-pride thing to crack skulls. Dick Butkus, Ed O’Bradovich, Dan Hampton, Mike Singletary and the ‘85 Bears. Before that, in the 1940s and 50s was a guy named Ed Sprinkle, known as the meanest man in football. And now: Mack.

Maybe it has something to do with dealing with the ice and cold weather. Maybe it’s about Midwestern toughness and values. Whatever it is, the goal line stand is more beautiful than the Hail Mary.

And here comes Brady, the sport’s pretty boy. The Bears had never beaten him. And there’s just something about this guy that makes a Chicagoan 1) a little jealous and 2) want to rough him up a little.

Meanwhile, Chicago hadn’t quite fallen in love with this year’s Bears yet, even though they now are 4-1. The focus has been on quarterback. The Bears don’t have one. They finally gave up on Mitch Trubisky and switched over to Foles, who was awful in his first start Sunday. How was he on Thursday? Better. Fine. But you’d just rather focus on Mack and on Brady’s confusion for a few minutes first.

Mack had two sacks and six pressures on Brady. And earlier in the game, Bears cornerback Kyle Fuller turned the season around with a huge hit on Tampa’s Ke’Shawn Vaughn, who fumbled. Fuller was called for a roughing penalty at first because sometimes the NFL forgets that the game is supposed to be rough. The penalty was overturned on the replay. 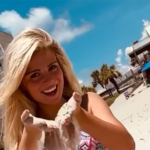 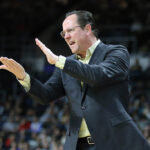