KNOXVILLE — Hey Auburn basketball fans, don’t start doubting anything about your team right now, it’s not necessary. I say this because of the reaction from a few Auburn players on social media following the loss to Tennessee on Saturday night.

The Tigers entered the game against Tennessee as the 3rd ranked team in the country, which will change come Monday, but they should keep a top-5 ranking when the polls come out on Monday. I know it’s easy to overreact after a loss, especially when you’re leading by eleven points in the second half, only to watch the Vols come storming back to grab the win. Yes, the Tigers bench only produced five points and the team was out-rebounded 54-31 by the pesky Vols, but this isn’t the time to start doubting this team. 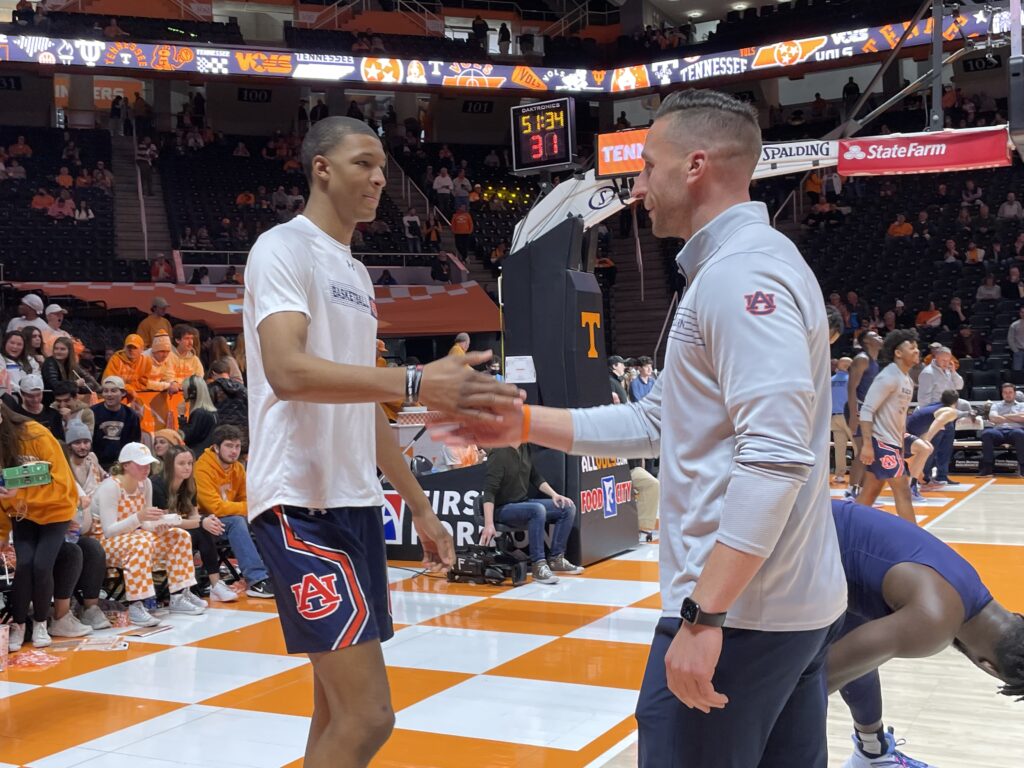 Tennessee entered the game with a plan to try and make Walker Kessler uncomfortable in the paint, which worked in a way by him only having eight points on the night. But, it was how the Vols tried to keep the Auburn guards from beating them that actually worked out in the end. Besides a great night from K.D. Johnson, who finished the game with 18 points, the Tigers were held to just nine points combined from Zep Jasper, Wendell Green Jr. and Allen Flanigan. It was just one of those nights where Tennessee’s game plan ended up working out exactly how they planned it. Let Jabari Smith get his, while the focus will be on preventing the Tigers from getting the easy baskets from talented guards.

Rick Barnes had this to say about Auburn relying on Jabari Smith and his talented mindset on the court.

“Well, Bruce (Pearl) is a very smart coach, and a terrific basketball coach. When you have a guy with that talent… I mean, we had a team [at Texas] on which six out of our top seven scorers were freshmen, and (Kevin Durant) played 36 minutes for a reason, and he averaged 26 points a game. It’s hard not to give [players like that] the ball because it’s not like they’re selfish players—you know they’ll make the right read. If they get double teamed, they’ll pass the ball.”

Sometimes the shots just aren’t falling, which was the case for Wendell Green Jr., who finished 2-15 from the field in 28 minutes of action. Even with the crowd in a frenzy and Tennessee up eleven points, Auburn still had a chance at the end after Jabari Smith cut it to 63-60, so the fight in this team never wavered, even when they only shot 21% from behind the arc.

So when I see players start posting tweets after the game talking about how they are going to be fine and that they are ‘staying together’, I look at it more as a player feeling the emotion of a loss and not being in this spot many times before. Here are a few examples.

We gonna be good. I’m gonna get right. Believe dat. Stay where you at now.💯 #GodFirst

We staying together no matter what. War Eagle.

I understand the emotions after a loss and how this game played out on the court. But, I don’t think we’ll see another performance where the three point shooting is bad, getting out-hustled on the boards and your bench only giving you five points. But Tennessee was the better team tonight because of how they made Auburn play and also the way in which the Chandler, Vescovi and Zeigler attacked the basket. Don’t forget that this was something Bruce Pearl discussed on Thursday, knowing the Tennessee guards are good, but even better when they’re all on the court at the same time, which was proven tonight by the 40 points combined that they scored, 31 of those points in the second half.

I thought Bruce Pearl summed it up pretty well during his postgame press conference.

“Our half-court offense continues to struggle. We’re not getting great looks, but Tennessee’s a good defensive team. That’s going to happen when you play against good defensive teams. Give the Vols credit. We’re obviously here in late February and not playing our best offensively. There’s no excuses on the rebounding. We talked before the game that the team that played more physically and with greater effort and energy would win the game.

“Their guards and their players were quicker to the ball than we were,” Pearl added. “That was a real problem for us chasing those 50/50 balls. They got 20 more possessions than us. It’s hard to win a game when you give an opponent that many more possessions.” 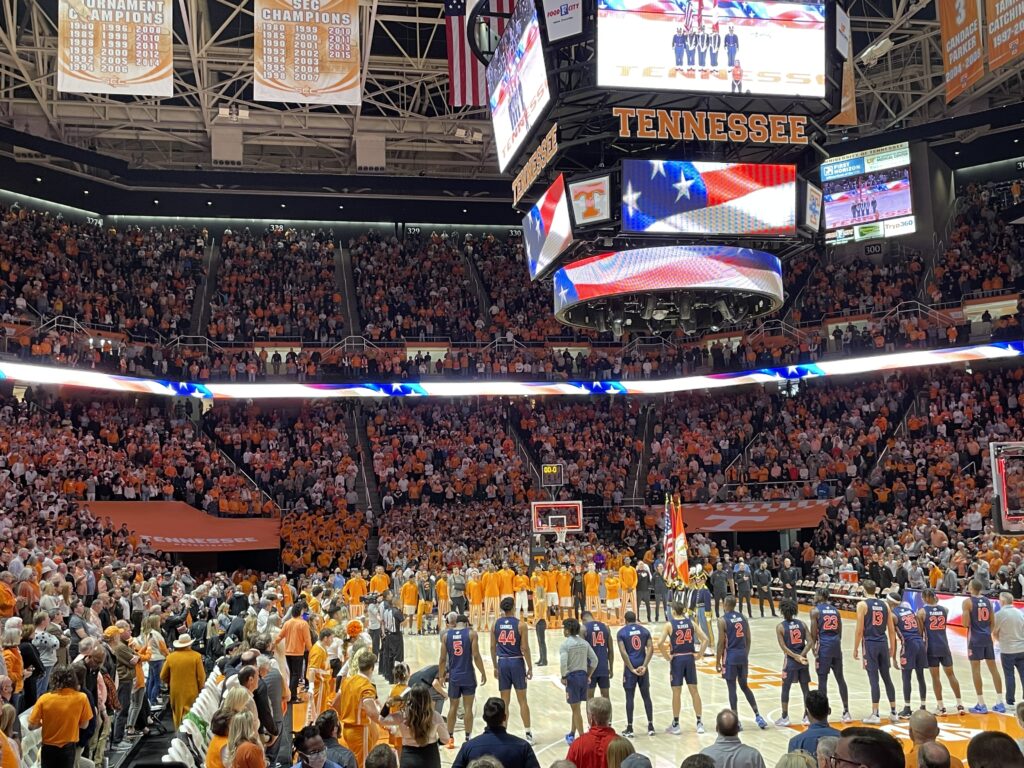 Auburn still controls its own destiny when it comes to an SEC regular season championship. They’ll head to Starkville on Wednesday night before hosting South Carolina in the regular season finale on Saturday. So, all the goals for this season are still attainable, the first one is finishing SEC play atop the standings, then it’s on to Tampa to play for a tournament title. By then this team should be setup real nice when it comes to NCAA seeding, as long as we don’t see a repeat performance from Saturday night. When Bruce Pearl was asked about what he’s telling the team right now as the postseason quickly approaches.

No need to panic or let fans know the team is ‘staying together’ because that shouldn’t be a thought that crosses anyone’s mind right now anyway.

Auburn will be just fine, as long as we don’t see a cluster of things go wrong at the same time, like tonight. This team, along with a few others in the SEC, should be playing basketball well into late March.

Will Ferrell from ‘Old School’ summed it up pretty well.

“We can’t have anyone freak-out out there, ok. We gotta keep our composure, we’ve come too far, there’s too much to lose.”