There are times in college athletic fandom where you decide to show how much you hate an opposing team by wearing the colors of another rival. Ok, this doesn’t happen very often, but for Auburn fan ‘Jack’, he had to find a team to root for when Alabama took the field on Wednesday evening. What he didn’t know was that his hatred for an in-state rival would mean he’d be shown on television wearing Tennessee orange.

After the Tigers were eliminated from the SEC Tournament on Wednesday, Jack decided to takeoff the Auburn gear he was sporting and throw on a Tennessee jersey. He also had no idea that while catching a nap during the Alabama game, he was being watched by thousands of fans on the SEC Network. The network quickly zoomed in on the sleeping Jack and decided to send reporter Kris Budden to his seat, looking for an interview.

What folks don’t know is that Jack is a fan of Tennessee baseball, though he’s a diehard Auburn fan and Tuscaloosa native, he told me on Thursday. I asked where he got the Vols apparel and how it all went down after the Auburn loss.

“I got the hat from the SEC tournament last year and the Drew Gilbert jersey from volshop.com cause i’m a big fan of ChillyGooBear. I went out to my car in between sessions to let my anger out from the game and changed clothes because tennessee was supposed to play.”

What transpired during the interview caused fans of Auburn and Tennessee to come together on social media and praise the young man for his hatred towards the Crimson Tide’. 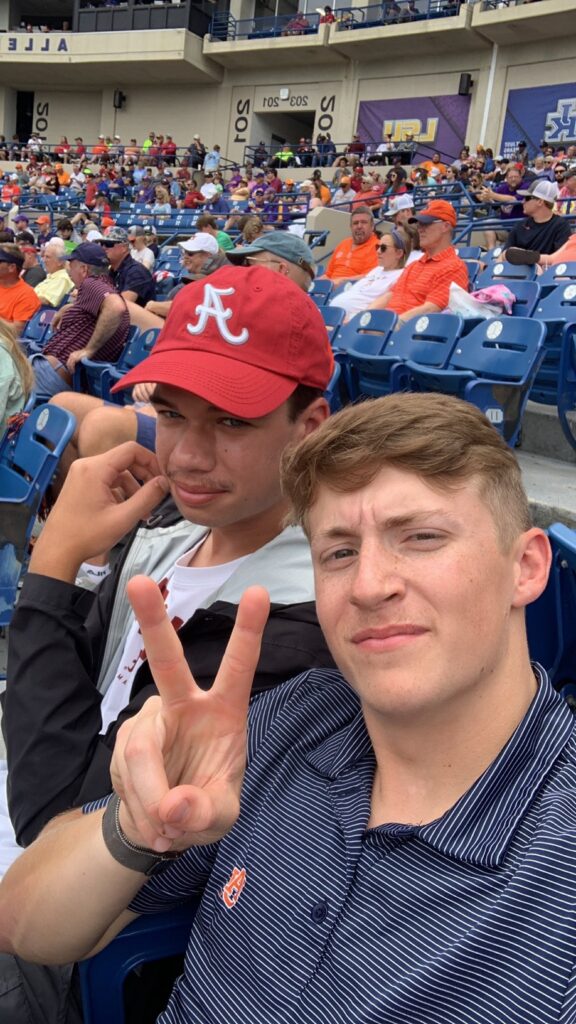 It turns out that just like every other Auburn fan across the country, Jack just hated Alabama. He hated them so much that he would wear Tennessee gear just to prove a point. Jack ended our conversation by showing his loyalty to Auburn.

I love the SEC.