Referees get criticized for bad calls all the time. Sometimes, those criticisms are not warranted. Other times, it is not only necessary, it is needed and deserved.

On Friday night, Purdue was on the receiving end of one of the worst offensive pass interference calls of all time. And if you are wondering if that is an exaggeration, it is not.

With the Boilermakers down 34-31 and driving late, tight end Payne Durham caught a game-leading touchdown pass from quarterback Jack Plummer. Except, it wasn’t a touchdown. Well, it was a touchdown, but it wasn’t called a touchdown.

Instead, Durham was called for offensive pass interference. You be the judge.

This is the worst offensive pass interference call of all time. And it cost Purdue the game. pic.twitter.com/nXf9aPwVLg

This is absolutely terrible.

To make that call in that moment is something that should never happen. But like in a lot of similar situations, referees are doing way too much to impact games.

On the very next play, Plummer tossed a game-losing interception. That also shouldn’t happen, but the second-year signal-caller should have never been in that situation in the first place.

Unfortunately, that play above wasn’t the only questionable call by the referees. A few plays earlier, sophomore wide receiver David Bell seemingly made a specular catch, but it was ultimately called incomplete.

Once again, make a judgement call for yourself.

What a wild play by Purdue WR David Bell pic.twitter.com/PaPtWI0NuE

Minnesota (2-3) ended up winning the game with that final 34-31 score. And sure, the Golden Gophers are probably thrilled with getting their second victory of the season. It shouldn’t have happened this way, though. 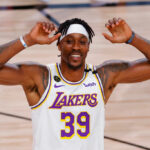 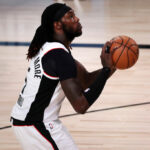