In the end, it just wasn’t going to work between Alex Rodriguez and Jennifer Lopez, who have four marriages between the two of them, including ARod’s first marriage which ended in part due to his “extra marital affairs and other marital misconduct,” according to his ex-wife.

Still, JLo, who’s been married three times, thought she’d be the one who could turn ARod into an honest man. If Katie Couric couldn’t do it on 60 Minutes, then JLo was never going to stop this wild man and his ways. Back in March, there were allegations of a side piece — reality show star Madison LeCroy — but that a non-disclosure agreement kept her quiet.

ARod and JLo mutually agreed Wednesday that they needed to go separate ways.

“We have realized we are better as friends and look forward to remaining so. We will continue to work together and support each other on our shared businesses and projects. We wish the best for each other and one another’s children. Out of respect for them, the only other comment we have to say is thank you to everyone who has sent kind words and support,” the couple said in a statement.

And there you have it. We can finally stop it with the staged ARod-JLo business power meeting photos where ARod’s pretending to be a corporate boss for his Instagram page. We can stop with ARod bouncing his head off to the side when JLo performs on New Year’s Eve like he did this year. We can stop with ARod & JLo buying a baseball team. We can stop with the ARod career redemption tour where he does everything so perfectly — the suits, the family dog photos, the shots of ARod smoking cigars — and is always in the room with powerbrokers acting like he’s a big deal maker.

It’s all a mirage, folks.

In true ARod fashion, he wasn’t letting a moment like this go without controlling the narrative. He posted a video on Instagram Story featuring the sound of Coldplay’s “Fix You” while panning to shots of the couple during happier times, ARod’s daughters and ending with a shot of “Jennifer + Alex” written inside of a heart on a beach.

On to the next one. 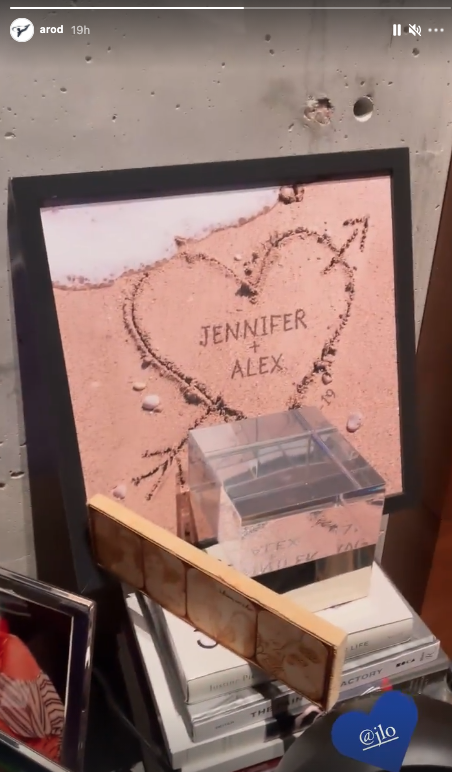