Arch Manning — son of Cooper, nephew of Peyton and Eli, and grandson of Archie — is the top rated quarterback in the current high school sophomore class. As we get ready for a years-long recruiting story that projects to be like none other we’ve ever seen in the internet era, his game will be on national TV next week.

On Thursday night, October 15th, ESPN2 will air Manning’s Isidore Newman game versus Booker T. Washington. There will be a couple other notable players in the game as well. Nola.com notes that Booker T. Washington has senior wide receiver Tyrese Johnson, a three-star receiver on 247 who is committed to Arizona. One of Manning’s receivers, junior AJ Johnson, is a four-star recruit on 247 who has offers from Alabama, Georgia, Tennessee, and Miami.

In his first game as a sophomore, Arch Manning had one running and five passing TDs.

As we’ve written before, according to Rivals, Manning already has offers from Duke, North Carolina, Alabama, LSU, Tennessee, Ole Miss, Georgia, Arkansas, and Florida State. It would hardly be surprising if quarterback factories Clemson and Oklahoma also got into the mix.

Potential TV conflicts for this game include the presidential debate (if it happens) and NFL Thursday Night Football (which is scheduled to be Chiefs-Bills, but that may be moved to Sunday if the Bills indeed play the Titans on Tuesday). Nonetheless, this could be a good game to DVR if you want to start tracking the next generation of Manning QB royalty. 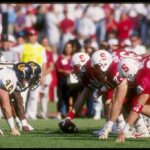 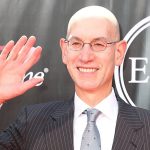