The hype surrounding Arch Manning has almost gotten out of hand. Almost. As the son of Cooper Manning and nephew of former NFL quarterbacks Peyton and Eli Manning, the high school sophomore has a legendary last name.

His performance against Booker T. Washington on Thursday night proves he’s got the skills to back it up, however. Manning’s high school, Isidore Newman, won handily with a final score of 55-22. He only threw for 241 yards and accounted for three scores while tossing a couple interceptions, but the statistics don’t tell the whole story. Arch looked as poised and as strong as a Manning should while putting up those numbers.

The 6-foot-3, 195-pound prodigy showed off every tool one would want in a quarterback. He showed arm strength and touch while also showing plenty of velocity on his throws, especially for someone at such a young age. He won from within the pocket, and he made a few plays outside of it too.

Check out that of few of his highlights from the game, which aired on ESPN2.

Arch Manning’s first throw of the night is an absolute dime pic.twitter.com/Er3QslbYho

Arch Manning, nephew of Peyton and Eli, is 6/6 in passing so far tonight ♨️ pic.twitter.com/uMaxnpVajf

Nice play by Arch Manning. Escapes the pressure and hits his receiver for the first down. DB got flagged for targeting) pic.twitter.com/RJO7lA4aUP

If you missed the first half of Arch Manning National TV Debut, not to worry. You’ve still got the second half coming up on ESPN2. The hype is real. This young Manning can straight up play. pic.twitter.com/fmyLaPtPlw

The hype surrounding Manning has even reached OutKick founder Clay Travis, who was able to catch some of the Thursday night high school action himself.

Watching this Arch Manning high school game tonight — nice TD throw there — and trying to figure out how many of his games I’m going to end up watching over the next decade+. A ton, is the answer.

Manning is rated as the No. 5 overall player and No. 1 pro-style quarterback for the class of 2023, according to the 247Sports composite rankings. He is currently a four-star prospect, but don’t let that fool you. It is a foregone conclusion that he’ll be rated as a five-star before it’s all said and done.

He has the obvious connections to Ole Miss (Cooper, Eli and his grandfather, Archie Manning) and Tennessee (Peyton), but that won’t stop every other major program from pursuing him. It will be interesting to see where he ends up, however.

Regardless of where he ends up, we’re probably going to watching this kid a ton over the last couple of decades. Better get used to an unstoppable quarterback with the name Manning on his jersey back in the college and NFL ranks. 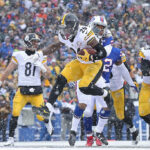 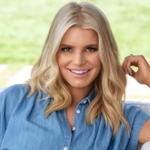